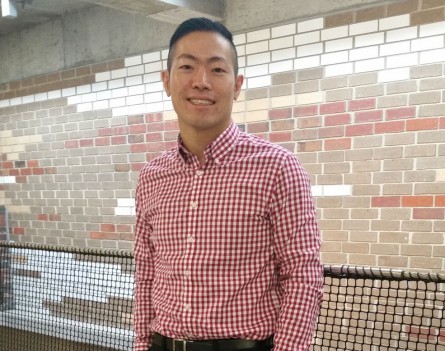 A new national fintech association will aim to put aside the traditional Melbourne versus Sydney rivalry to advance the thriving sector as a whole, Fintech Melbourne founder Andrew Lai says.

Lai has been in talks with groups from Sydney and around Australia to establish the organisation.

It’s important that the group is national from the get go, Lai says, to avoid splintering and furthering the competitiveness between states.

“Rather than what happened with StartupVic and StartupAus, we’re hoping we can have it as one from the very beginning.

“It’s a national push to create a bit of unity within fintech, so we don’t silo each other off and compete against one another.

“Australia needs to focus together, and there are great benefits from being collaborative.”

Lagging behind the world

There are huge opportunities in fintech for Australia, Lai says, but also many problems that need to be addressed, and the national association would be working directly with policy and representation.

“Australia is massively lagging behind in the fintech game,” he says.

“Financial service is our number one industry, it employs over 400,000 people yet according to global investments over the past five years we’re lagging behind.

“Rather than having all these individuals talking to the government, media and corporates, we can have a legitimate voice that can make a big difference. The time is right.”

A lack of communication and collaboration

Lai’s sentiments are in line with a recent fintech census conducting by MoneyPlace, which found a desire for less of a “pissing contest” between Sydney and Melbourne, and more competition.

The city rivalry is sometimes an issue in fintech, but it’s mostly about a lack of communication, he says.

“Sometimes there’s a bit of competitiveness, but the main issue is that it doesn’t feel like there’s been much contact previously,” Lai says.

“I know nearly all the fintech founders in Melbourne and a lot of them don’t know the opportunities that are in Sydney and who the players over there are.

“There are great opportunities that both cities can share with each other, but nobody hears about anything.”

Lai established Fintech Melbourne after founding his own startup, FinancialAsk, and not being able to find a place to meet and collaborate with like-minded entrepreneurs.

It now has over 1000 members and regularly holds meet-ups and talks in Melbourne, including an upcoming pitch event at Melbourne Town Hall, which aims to be Australia’s biggest fintech demo night.

The recent census also pinpointed a need for a specific fintech hub in Melbourne along the same lines as Stone & Chalk in Sydney, and Lai says this is definitely in the works.

“Melbourne is very ripe for a hub,” he says.

“There is demand out there and the talent here is incredible.

“The majority of fintech founders appear to be lone wolves who are doing their own thing, and that’s not necessarily bad, but in places like Stone & Chalk serendipitous collisions can happen.

“There’s a real legitimacy in that sort of stuff. I’ve actually gotten to see these cases where they’ve led to useful outcomes.

Lai says he hopes the Victorian government’s upcoming policy announcement on innovation includes a lot of action on fintech and maybe even some assistance for this new national body.

“It makes perfect logic that you want to invest in the future of Australia’s top industry,” he says.

“It’s a little surprising no-one thought about it before. There’s been a sudden rush to do this, and there’s a lot to be gained from innovation in this industry.”