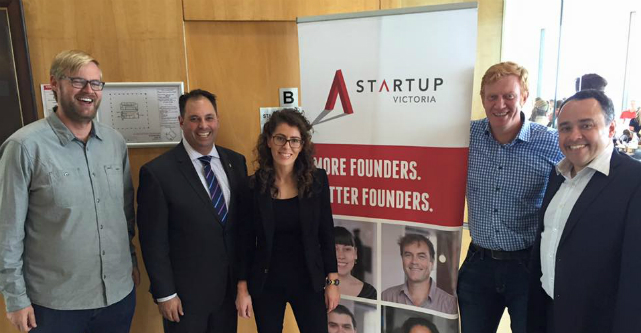 A new $10 million venture capital fund offering seed investments for high-growth startups has launched in Australia with the backing of a number of big-name US investors.

Signal Ventures will be led by US investor Niel Robertson and Melbourne-based startup advocate Atlanta Daniel.

The fund will be focused on “entrepreneur friendly, early-stage capital” and will bring with it experience from Silicon Valley and an “extensive network of mentors”.

Having such big names from the US turn their attention to the Australian startup scene is crucial to its development, Daniel says.

“We’re signally to the world that Australia is investable,” Daniel tells StartupSmart.

“With this early-stage seed capital it’s going to do a lot for Australia outside our region.”

Daniel holds board and advisory positions with a number of national organisations and also advocates for innovation policy, while Robertson has an extensive background in early-stage company formation, investing and growth.

“There’s a lot of money in Series A rounds but there’s actually a bit of a trick to raising a seed round.”

Having the $10 million Signal Ventures fund operating from Australia will help ensure early-stage companies can remain locally and not relocate abroad to search for capital.

“We are trying to bring the funding to the Australia community,” Robertson says.

“Getting connectivity to the US venture capital market early from Australian shores is very important.

“We want to introduce exciting businesses in their formative stages to US VCs who can fund, introduce, recommend or comment on what they’re doing over a long-term relationship.

“We’re starting the dating process well before the marriage.”

On the hunt for the next Atlassian

Robertson says the fund will target startups with specific business models as it hunts for the next Canva or Atlassian.

“We focus on business models that are highly scalable and globally available from day one,” he says.

“We’re interested in businesses that can play out of the gates and get anyone around the world to use their products.

“It’s also important to have technical and non-technical co-founders on a team from the beginning.”

Daniel says she spent most of January in Robertson’s startup hub hometown of Boulder, Colorado pitching to potential investors.

“The response we got was fantastic,” she says.

“We got pretty much everyone we pitched to and there are some big names there.”

“On the verge of unprecedented growth”

There are some important similarities between the current Australian startup ecosystem and what the Boulder ecosystem recently went through, Robertson says.

“It was easy to socialise Australia as a region for investment because this moment in time is so similar and familiar to a time that Boulder went through,” he says.

“Australia is on the verge of unprecedented growth in its startup ecosystem.”

Daniel says the Signal Ventures fund is on track to close by April and will be announcing its first investment around the same time.

The pair partnered with Cornwall Stodart for the fund formation and advisory services and partner Levent Shevki says its announcement is a big moment for the local ecosystem.

“Signal represents an important new step in the maturation of the technology sector in Australia and we’re proud to be part of it,” Shevki says.

Daniel says the fund plans to provide more than just capital, with plans to be active in the Australian startup community and host a number of US-based investors in public forums.

“If we want to continue to have our ecosystem grow it’s important that we spread this halo effect of having the US LPs in our fund,” she says.

“If in five years time we see that there’s a handful of other VC funds doing exactly what we’re doing then that’s an absolute success for us.”

Robertson adds that this pay-it-forward attitude played a big part in the success of the Boulder ecosystem.

“As soon as you learn something you would teach anyone else that wanted to learn it in the community,” he says.

“As a VC fund looking to help others wanting to start funds as well as companies we are working with, we want to try to emphasise that give back, give first mentality.

“When someone in the Australian community learns something they should blog about it, have a dinner about it or tell their friends about it.

“We want to change the culture from being a little conservative and closed to being one that understands that openness is a great way to speed the growth of the ecosystem.”