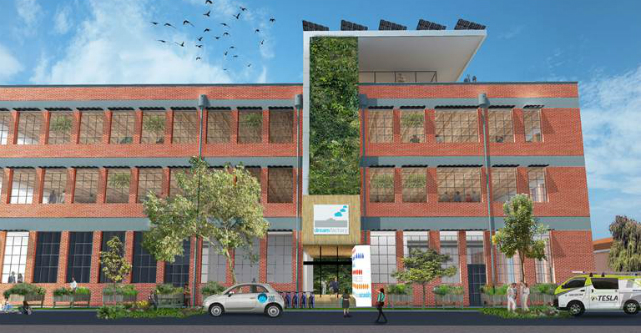 Run by the Impact Investment Group (IIG), the Dream Factory will take over the former global head office of Lonely Planet Publications on the Maribyrnong River in Footscray.

The space, which IIG bought for $13.5 million last year, will provide a “workplace for individuals and businesses focused on design, technology and social change”.

“We feel it’s a bold representation of our investment mandate to deliver strong commercial returns with tangible social and environmental outcomes,” Lock says.

“There is no doubt that our environmental and social agenda has driven this strong tenant demand to the Dream Factory, in an otherwise weak leasing market.”

The Dream Factory’s core tenant will be fellow Melbourne co-working space Inspire9, which will expanding into 2000m2 of the space, and Engineers Without Borders Australia will also be a founding tenant.

Victorian minister for small business, innovation and trade Philip Dalidakis says the Dream Factory is another sign that the state is leading the way on innovation.

“It’s great to see Victoria’s value for co-working spaces and incubators expanding beyond Melbourne’s CBD to support startups and social businesses in the west,” Dalidakis says.

“We are Australia’s startup capital and this new investment through the Dream Factory will further strengthen Victoria’s reputation as the place to do business.”

The organisation is currently seeking expressions of interest from “values-aligned tenants” for the remaining space, which ranges from 400m2 to 2200m2.