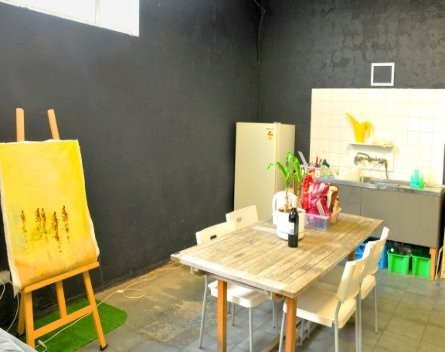 A new co-working space has opened its doors in Melbourne for social enterprises and not-for-profit firms.

Makeshift Studio was founded by humanitarian engineers Julian O’Shea and Huy Nguyen, who wanted to create a space to support social enterprises.

Nguyen is the founder and chief executive of Enable Development, which seeks to address the challenges of disability, while O’Shea is the director of Engineers Without Borders Australia, a group that works to address lack of access to clean water, sanitation and other basic infrastructure.

Nguyen says he wants to demonstrate that there is value in doing good.

He says he has done a lot of volunteering but is now more interested in establishing sustainable businesses with a social impact.

The studio is already making a mark in the social innovation community after winning the Foundation for Young Australians PitchUp competition and receiving a $20,000 prize pack including a trip to the Skoll World Forum on Social Entrepreneurship and electronics equipment sponsored by Sony.

As well as hosting other enterprises, the studio plans to seed and lead its own social impact projects.

Its first project is Open Bike, an accessible community bike share system being developed with the University of Melbourne.

O’Shea says in a statement that their research found that emerging social businesses and not-for-profit start-ups want to work collaboratively and have little funding for office space.

“This is our way of helping them kick start their projects,” he says.

The studio is located in a renovated old bicycle warehouse in Capel St, West Melbourne.