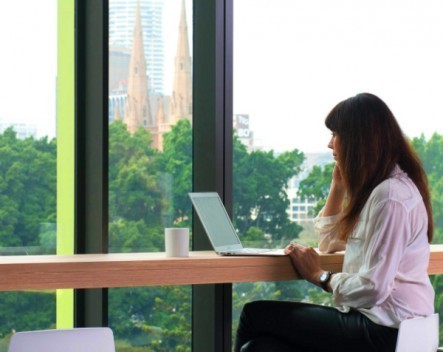 A new co-working space aimed at established entrepreneurs as well as international and domestic business travellers has opened its doors in Sydney.

Work Club, located on Elizabeth Street, aims to blur the lines between office, home and hospitality.

The co-working space has a membership number capped at 100, with all applicants individually interviewed to ensure they will be the right fit for one another.

Work Club also plans to expand into Melbourne next year and approximately eight other sites around the world thereafter, including New York, London and in Asia.

Founder Soren Trampedach told StartupSmart he has more than 15 years’ experience in high-end commercial furniture and has advised think-tanks on connected workplaces. He originally got the idea for Work Club after visiting one of the first co-working spaces in New York in 2006.

“I liked the idea of a shared office, but it felt like you were at a train station – it was really busy,” he says.

“I thought I wouldn’t last half a day because it was really noisy. I thought, why not do something here but just for mature or more established entrepreneurs?”

Trampedach says the reason for the strict membership number is not because he wants the space to be elitist.

“We just want to make sure it is diverse in terms of industries represented – everything from architects to designers to everything in between. That diversity is important and the vast majority of people in here own their own business.”

Trampedach says the space will be perfect for entrepreneurs who want to collaborate with business leaders, but also for people wanting peace and quiet which might not be possible in a traditional office or if they work from home.

“We never wanted to be Qantas lounge – we didn’t want that noise aspect and if you don’t want to sit next to someone you don’t have to.”

Work Club offers a three-tiered price model for members, ranging from premium 24/7 access, to two days a week or four times a month, with pricing starting from $600.