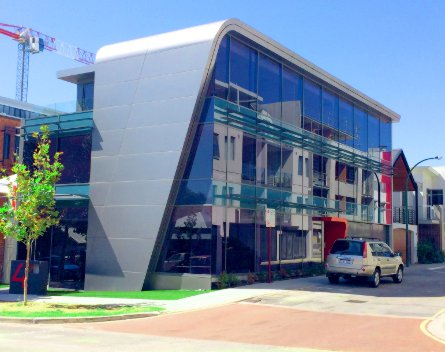 A group of investors and business mentors have combined forces to launch a coworking space in Perth, promising a “new model of investment and commercialisation to Western Australia”.

Commercialisation and investment group Atomic Sky will launched the Tech Hub space in the lower two levels of their Northbridge office building in two weeks.

The ground floor will be a casual, day-rate space for up to 35 people. The first floor also fits around 30, but on more permanent setting.

Jade told StartupSmart they were keen to support the local community and be in touch with emerging talent.

“I believe WA gets overlooked a lot especially in the startup scene. We keep lagging but we’re trying to change that and bring foreign investment into the state. We want to help this community take off,” Jade says.

While the group considered making the space specifically for tech startups, they decided to open it up to the whole community.

“We want to be able to put everyone together so we can learn from each other. And really, how much can you learn from people doing almost exactly the same thing?” Jade says.