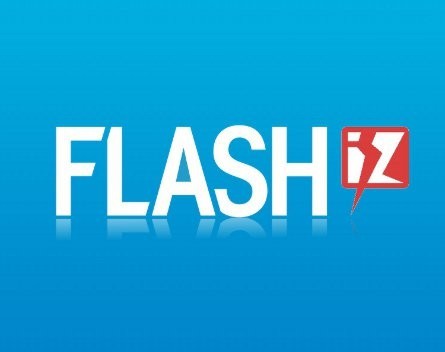 A new digital payment system has arrived in Australia as bankers fret about the impact the move towards “digital wallets” may have on their businesses.

FLASHiZ opened its doors in Sydney this week, with plans to launch to consumers by the end of 2013.

The technology uses QR codes and NFC tags (the near-field-communication technology behind contactless cards systems such as paywave) to make payments.

Digital wallet systems see payments made through online systems, rather than via EFTPOS or cash.

Founders Paul Stokes and Fredrik Orrenius told StartupSmart Australia was a great market in the Asia-Pacific region to pilot the program given the penetration of mobile technology.

“We’re supporting both (QR and NFC) and that’s for a reason. Australia is one of the furthest in the world as far as contactless cards and NFC, but both of these are really coming into their own with the release of the next iPhone,” Orrenius says.

They say the use of contactless cards and digital payments in stores is likely to rise with the launch of the iPhone 6.

After downloading the app and connecting it to your bank account, the app allows you to combine payment with loyalty programs. The vendor pays for the service based on the number of transactions processed.

It can also be used for peer-to-peer payments and geo-location push marketing.

FLASHiZ, which was launched in Luxembourg, Europe, in 2011, is currently in negotiations with a range of Australian point-of-sale systems and merchants. They’re planning a pilot in Sydney and a campaign later this year to get customers on board.

According to Stokes, customers can expect few security concerns as the system is “unhackable”, as all funds are completely tokenised and the system itself doesn’t store any value.

“We store the funds in a bank account, but we’re not directly a bank ourselves. We hold it on your behalf,” says Stokes.

By venturing into the digital wallet system, FLASHiZ has lined up some hefty competitors such Paypal and Google.

But Stokes and Orrenius are confident the easy payment system combined with loyalty features and independence will work in their favour.

“We are competing against some big competitors but we believe that we offer a unique value proposition. Bank-provided solutions are customer focused, whereas we’re completely independent, so it’s open to everyone who wants to use it,” says Stokes.

The arrival of FLASHiZ comes as ANZ Bank’s Australia chief executive, Phil Chronican, told The Australian the threat from new players in the payment space was unpredictable.