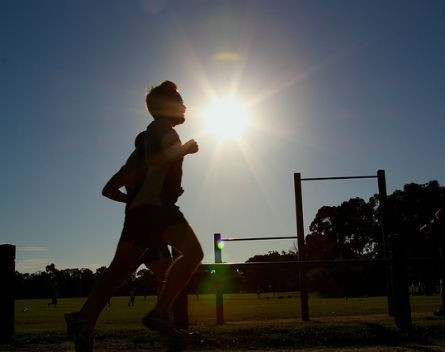 A new Melbourne-based startup is aiming to conquer the lack of motivation users of health and fitness apps come across by acting as a 24-hour-personal trainer without the price tag.

BodyWise is on a mission to get users to stick to their exercise routine by educating them about their lifestyle and inspiring them through teamwork and competition.

Mike Halligan, co-founder and CEO of BodyWise, told StartupSmart the idea came to him after talking to one of his best mates who is a personal trainer. The friend found that clients would do well during their sessions, but would fall into bad habits when they were on their own.

Halligan said BodyWise addresses the constant problem of whether or not to get off the couch or away from a desk.

“We have millions of people wearing these cool devices or tracking their movement but after a few weeks dealing with such basic information it becomes boring, un-motivating and doesn’t tell you anything knew,” he says.  “We’re focusing on making health and fitness tracking more motivating.”

Halligan says people are far more likely to carry out a health and fitness goal if they have someone to keep them accountable.

“The people who are most successful going to the gym regularly have a training partner. We’re bringing that to an app.”

BodyWise allows training partners to conduct challenges with one another. And if your training partner is outperforming you, the app will also send some encouraging advice or feedback to help get you back up to speed.

BodyWise also tracks more than 40 different areas of a user’s health and fitness – from caffeine intake to sleeping patterns and time spent sitting at a desk. Halligan said this is part of the app’s holistic approach to a user’s health.

“If it notices you’re not moving much or you’re working overtime it looks back on your history,” he says. “It’ll present a healthy meal option or a challenge. When you’re educated around what you should be doing it makes it far easier to achieve a health and fitness goal.”

Another important function of BodyWise is that instead of presenting a series of numbers or graphs, users receive advice in the form of written text.

“The data is presented in the form of text-based coaching,” Halligan says. “You’re bringing it back to their goal like a personal trainer would.”

Version one of the app was released last September, attracting more than 35,000 users. The new BodyWise app which will launch on Thursday and will soon be available in a range of languages other than English.