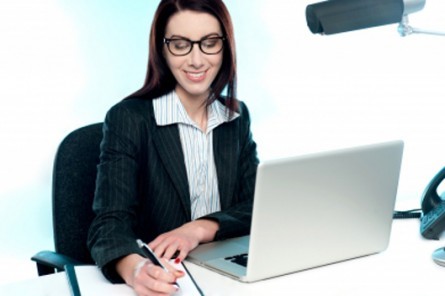 Four high-powered businesswomen have come together to invest in women rising to the top of Australia’s start-up sector.

“We’re investing in gender diversity, so we’re only interested in businesses where a female has a senior executive role and she needs to have a significant equity stake,” McKenzie told StartupSmart.

McKenzie says it’s more than just a good step for women entrepreneurs, she says it will open up new opportunities for people on both sides of the funding equation.

“One of our really strong benefits in being able to bring SCALe angel networks to this space is the benefit we’ll all see from having more women on start-up boards,” she says.

“It’s a really untapped economic opportunity for investors, and women angel investors are an untapped source of capital for entrepreneurs. So it’s a win-win for both parties.”

Successful companies can expect $200,000 to $500,000 in funding. The group is modelled on the female-focused US investor network the Golden Seed group.

“We’re an angel investor network and that means we’re looking to facilitate the scale and introduction of scale members to entrepreneurs. These individuals will make an individual decision and they may make up a network of funders for ideas they want to invest in,” McKenzie says.

She says that, just like in the corporate world, in her experience the majority of start-up boards are “very male-dominated”.

“By and large, our networks tend to correlate strongly with gender. They’ll include both, but the majority are usually of the same gender,” McKenzie says. “I think there is a great opportunity to bring new networks of funders to the venture capital world, and for start-ups looking for talent.”

McKenzie says the conditioned approaches to confidence, unconscious bias and natural networks are holding women back from seeking funding.

“One feature holding women back is our attitude to risk. Women need to feel they have achieved something before they shout about it as opposed to men, who I think are more likely to put their hand up early. So we’re very slow to take on equity or bank finance until we’ve proved ourselves, rather than getting help to get there,” she says.

McKenzie adds that the way people form friendships and how they choose who to trust and invest in usually falls along gendered lines.

“There is an unconscious bias in the investment community broadly in that we tend to invest in people like us and we tend to place highest regard on those proposals that are referred to us by our networks,” she says.

What SCALe is looking for in the companies they will support is fairly standard for investors. McKenzie says companies need to have an addressable market of $200 million, a scalable product and a clear business model to back up plans for growth.

McKenzie said successful candidates would also be clearly differentiated and have features that provide barriers to entry for competitors, as well as have a product at least in beta and a clear exit strategy.

“We’re not interested in investing in lifestyle businesses. This is about growth to the point of exit,” McKenzie says. “We need to believe the business has the capacity to generate 10 times the investment.”

According to McKenzie, SCALe is planning a structured approach to how they select companies to hire, and looking for people skills as well as good ideas.

“Every investor wants to know you’re coachable. That’s where investors can add value, and the entrepreneur who is open to ideas is really important,” she says.