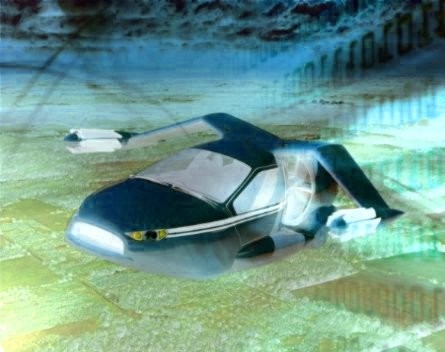 The tech sector has always been in a never-ending race towards the next big thing.

It’s a sector where the cost of stagnation is death in the marketplace.

Of course, the risks are potentially as large as the rewards and there’s no such thing as a sure thing. Some products – like the MiniDisc in the ‘90s – fail to ever gain traction in the market. Others – such as tablets – take years of development to perfect.

Looking toward 2014, the tech giants are saddling up on a range of new technologies they hope will be the next big thing.

So what new technologies should you keep an eye on in 2014? Here’s a form guide to six that show some promise.

The tech Holy Grail of the media and publishing industries has long been a tablet or e-book reader that can be flipped, folded and bent like real paper.

Likewise, devices with curved screens would allow a whole range of designs and form factors that aren’t possible with a flat screen.

Unfortunately, getting devices with a curved or flexible screen produced on a production line designed for flat screen devices has turned out to have been far more difficult than it initially seemed.

And that’s before you start looking at the challenges of creating a curved battery that’s safe from leaking or breaking or a curved circuit board – let alone one that can flex and regain its shape!

As a result, this technology has spent a long time just over the horizon. However, it has finally arrived in the form of LG’s new G Flex smartphone and Samsung’s Galaxy Round.

The big hold-up has been in production yields for display screens.

As of August, Samsung Display had a production line capable of handling 8000 1300x1500mm sheets per month, although even with an unrealistically high yield of 100%, this would only produce between 1 million and 1.5 million 5 to 6-inch panels per month.

As a result, you’re unlikely to see these devices outside South Korea in the immediate future.

In recent years, televisions and displays have increasingly become a high-volume, low-margin business. LCD displays have come down in price, while 3D failed to set the market afire.

However, the emergence of smart televisions could change the status quo, making the living room the next big battleground for the tech giants.

Google is reportedly keen on the idea of people using Android smartphone and tablet apps on their TVs. Samsung, in contrast, is threatening to use its own Tizen operating system – rather than Android – on its TVs.

Meanwhile, Apple has long been rumoured to have been working on a TV-based product of its own – although little has materialised so far.

Smartphones are annoying. They’re easy to put down on a table and forget. They often fall out of bags and smash into a million glass pieces on the ground.

Wouldn’t it be more convenient if you could just keep them in your bag or pocket while getting most of the same functionality from your wristwatch?

That’s the hope with smartwatches, with the Pebble and Samsung’s Galaxy Gear – released last month – leading the charge.

However, while, by most accounts, the Pebble and the Galaxy Gear have been solid first efforts, there is still far more development needed at this point before these become a mainstream fashion accessory.

Still, a range of companies – from chipmaker Qualcomm to Google, Apple, Microsoft and LG – are believed to be watching the market with interest.

Augmented reality is a fancy term for overlaying digital graphics or information over a real-life scene from a camera in real time.

There are already some smartphone apps that can do augmented reality – for example, apps that translate text from your phone’s camera in real time.

However, going around holding up a smartphone all day is far from an ideal way to view augmented reality.

So Google developing a new product, called Google Glass, that instead overlays information or graphics onto the lenses on a pair of glasses. While delays have set back its release until May of next year, it’s a product that already has developers and even the AFL watching with interest.

Like the flying car, home automation is one of those technologies that forever seems to be just around the corner. In the ‘80s, processing power and memory were the issue. In the pre-Wi-Fi ‘90s, it was the need to use physical wires to network your house. Through the 2000s, the thought of allowing Windows Vista to control every appliance in your home was enough to put anyone off.

At the IFA 2013 consumer electronics show in Berlin, both Samsung and LG demonstrated home automation systems that overcome many of these earlier practical limitations.

Under LG’s system, users ‘tag-on’ their Wi-Fi-enabled smart appliances using NFC, by touching their smartphones against a tag-on symbol.

Users will then be able to remotely control their smart appliance using a smartphone app called SmartAccess.

Other apps and services perform self-diagnosis and inform the user of any issues, have their appliances automatically respond to data (for example, a fridge responding to weather forecasts) fed to it over the internet, or download additional features and settings (for example washing settlings).

Samsung’s solution is similar, but uses Wi-Fi and an app pre-installed on Samsung smart TVs as the solution.

Mobile phones are constantly coming down in price. A smartphone that would have cost you over $800 outright in 2008 can now be yours for less than $100.

Before mobile phones, many in the developing world had no access to computers, cameras, internets or even traditional fixed line telephones are – for the first time ever – getting access to all of these technologies with the smartphone.

The impact of mass produced, cheap smartphones on emerging markets and the rollout of internet through 3G and 4G mobile phone network equipment is likely to be profound in ways we can’t predict.

With the potential volume of devices involved, it should come as little surprise, then, that the low-end smartphone market is a key target for both Mozilla’s Firefox OS and Google Android KitKat.

All of these technologies are set to compete in 2014. But will they succeed or fall? That’s ultimately up to you, the consumer, to decide.