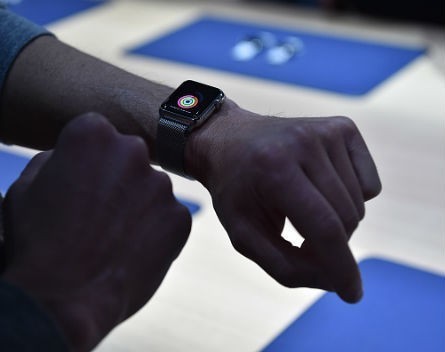 With the Apple Watch having now officially launched in Australia, developers and businesses releasing apps for the platform are describing a number of unique challenges posed by the device, including dealing with a smaller screen, unreliable Bluetooth links and new contexts for apps.

They join startups such as Rewardle and Freelancer which are already operating on smartwatches via Google’s Android Wear platform and, in some cases, created apps even before the Apple Watch was officially announced.

“At the moment as a digital agency, we’re not seeing a lot of demand for apps, but there is a lot interest in the business community. A lot of businesses are watching the launch very closely,” Bradford says.

Bradford says screen size is one of the major user interface issues developers need to consider when designing an app.

“In general, smartwatch keyboards are unusable and on the Apple Watch it’s non-existent. That creates a number of UI challenges. So for example, for an app that relies on communicating between two people, instead of a keyboard, Apple allows you to use predetermined emoji, draw on the screen or call them by voice. That means the whole UI needs to be rethought,” he says.

“The other issue is processing power and the necessity of being synced to the iPhone for many of the features. So, for example, the watch can’t access the internet directly, meaning you need to have your phone nearby – in a pocket, a bag or on a desk – when you want to call someone.

“That means if you have a fitness app, there’s a good chance the user won’t have their phone in their pocket when they go running – and you won’t be able to get data onto the internet in real time. So you really need to consider the context as well as the UI.”

Among the Australian startups preparing to launch an Apple Watch app is mobile ordering and payments platform AirService. Its chief executive and co-founder, Dominic Bressan says it’s important to be mindful of battery life, and that design elements work differently on a smaller screen.

“It’s a new platform, a new experience, and you can’t just shrink an iPhone app down to a smaller screen. So you have to pick which elements you bring from the iPhone to the Watch,” Bressan says.

“So notifications are something that naturally flows from the phone to the watch. I don’t see the full ordering experience translating to the watch, at least this stage. We will allow users to save a couple of favourite orders, but a full browse of venues with photos will remain on the iPhone.

“It has been really tricky developing an app without a device to test on and needing to do everything in a simulator. You have to remember things like the Bluetooth Low Energy connection is prone to drop out on the real device, but always works flawlessly in the simulator.

“For us, the benefits of an Apple Watch app are proximity and immediacy. Most of our Apple Watch app features are worker-centric features. We’re looking at scheduling, alerts and notifications that will allow them to move quickly and respond to an alert,” Fung says.

“When it comes to posting tasks, at this stage the interface just isn’t strong enough. That will change over time, thanks to the likes of Facebook and Twitter. Over the long term, we’re looking at things like using voice-to-text for tasks.”