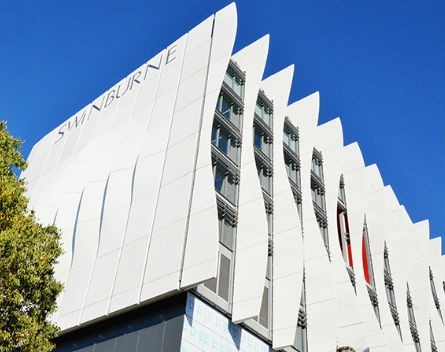 NICTA has officially opened its new Software Innovation Lab at Swinburne University’s Hawthorn campus, in the inner-eastern suburbs of Melbourne.

The lab will be based in Swinburne University’s recently constructed Advanced Manufacturing and Design Centre building.

It will house a dozen researchers, as well as PhD and project students focusing on a range of areas including software engineering, mobile development, cloud computing, visualisation and security.

The dean of Swinburne’s School of Software and Electrical Engineering, John Grundy, will provide research leadership for the program. Day-to-day lab operations will be overseen by Kon Mouzakis, who is building on more than 20 years of research experience at the university.

In a speech opening the new facility, NICTA chief executive Hugh Durrant-Whyte said his organisation’s three key focus areas are optimisation, data and software, with the new lab central to its software focus.

“Software is eating the world – prosperity depends on applying IT to sectors you’ve never thought of,” Durrant-Whyte said.

NICTA’s director of broadband and the digital economy, Terry Percival, told StartupSmart a key focus would be getting new startups out the door, based on research conducted at the labs.

“It’s important to solve problems that need to be solved,” Percival said. “Many academics solve theoretical problems no-one needs to solve. We believe in research based on real-life issues.”

During a tour of the facility, PhD student Till Klein explained to Private Media how his research focuses on how more collaboration could be fostered between organisations in the health sector.

The facility was officially opened by the local member of parliament and former Victorian premier Ted Baillieu, who described it as a “fantastic addition to this great and growing university”.

“The sense of direction here is incredible, and it’s a tribute to all those involved, and what we’re doing today is a fantastic addition to this great and growing university,” Baillieu said.

Aside from creating and developing innovative startups, the facility will work with private sector partners across a range of sectors, including manufacturing, utilities, transport and logistics and health care.

The work builds on Swinburne University’s existing partnerships with a range of public and private sector organisations, including The Alfred Hospital, Prompa, Visy, VicRoads and the Defence Science and Technology Organisation.

The facility is jointly funded by NICTA and Swinburne University, as well as industry participants, with other universities invited to participate on a per-project basis.