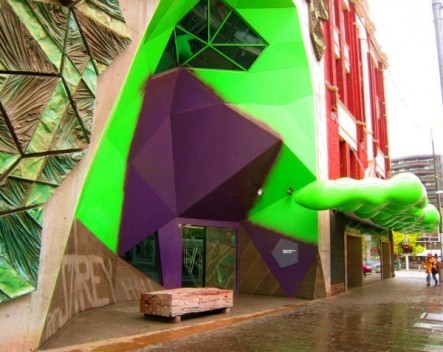 NICTA is preparing to open a new hub for applied data analytics projects later this month at Melbourne’s RMIT University.

The new facility, named the NICTA RMIT Data Analytics Lab, is set to be officially opened at an event on November 20, with the centre to be led by professors Mark Sanderson and Timos Sellis.

It follows the opening of NICTA’s Software Innovation Lab at Swinburne University’s Hawthorn campus in July.

Sellis told Private Media RMIT has been doing a lot of research on big data, and the new facility will bring it all together.

“This is an umbrella that brings together all our research in the area. So it covers data analytics, text analytics and user analytics,” Sellis says.

“For example, in user analytics we have a project with Westfield looking at how people move around a shopping mall. Another example, with text analysis, is tweet analysis for topic analysis and opinion mining, aimed at gaining a more advanced understanding of whether tweets are coming from bots or real people.

“We have been working with startups, and at the same time we’re working with local governments. We were recently approached by a startup – and it’s not Catapult Sports – that’s working on a platform for sports data.”

According to Sellis, the type of research the facility will conduct will include combining streaming real-time data with static data.

“We’re working with the Mornington Peninsula Shire looking at risks on the roads – so it could be the way people drive. We have streaming data and GPS data which we’re trying to integrate with, for example, temperature data or data from the past,” he says.

NICTA strategic advisor Kate Pounder told Private Media the partnership with RMIT came about because of the university’s reputation in data analytics, an area she says Melbourne universities excel at.

“NICTA already has a software engineering lab at Swinburne University and a software optimisation lab at Monash. So there will be three labs picking up the best talent for applied projects for business,” Pounder says.

“We also think it’s important to train the next generation of researchers and startups.”

Sellis says RMIT decided to focus on big data because it’s “an area that’s white hot at the moment”.

“NICTA has been supporting our school’s graduate education program for quite a few years. I joined this school one-and-a-half years ago, so we focused a lot of scholarships on this area,” Sellis says.

“Only a few months ago, NICTA made data analytics a plank in their learning, so we through this would be a good opportunity to formalise our relationship with NICTA.”