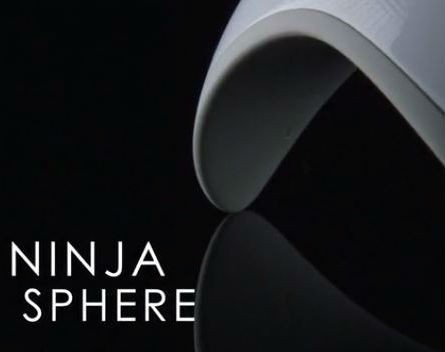 Ninja Blocks has begun shipping the Ninja Sphere and announced it has signed up as a key partner for Canonical’s Ubuntu Core embedded device operating system, as it opens its first office in the US.

The startup launched in 2012, when it was selected to participate the Startmate accelerator program, and also smashed a Kickstarter campaign for its first product, which was also called Ninja Blocks.

In January 2014, the startup raised $702,937 against a $115,000 crowdfunding target on Kickstarter for their second product, Ninja Sphere. Then in October, it raised $US700,000 from local and international investors including SingTel Innov8, Blackbird Ventures and 500 Startups.

Ninja Blocks chief executive Daniel Friedman told StartupSmart the first 500 units are in the process of being shipped to Kickstarter backers, with manufacturing and production now in full swing.

“Obviously, we had wild success with our Kickstarter campaign and that that level – we have orders for 2500-odd Ninja Spheres – we couldn’t make them ourselves. We had to get a manufacturing partner.

“There are a lot of challenges that come along with a larger order, including supply chain issues, quality control and quality assurance, certification, packaging and trademarks.

“For big scale projects – if things go really well on Kickstarter – my advice to people would be to be prepared to find people to give a helping hand. We had experience with our first product – Ninja Blocks – and never underestimated the challenges.”

The product design also posed some unique challenges, including ground-breaking work mass-producing a device that does gesture control with capacitors. It also set a goal to get wireless control mechanisms certified in all markets simultaneously, allowing it to ship to all parts of the world at the same time.

Ninja Blocks has also gained global attention by signing on as one of the first partners for Canonical’s Linux-based Ubuntu Core embedded device operating system.

“We’re really, really excited about this announcement. Ninja Sphere is one of the most advanced smart IoT systems on the market – it’s a full Linux system in people’s homes. So it needs to be reliable, resilient and secure.

“We went with Ubuntu because it’s the biggest name in Linux – in fact, you’ll find a lot of the cloud runs on servers that are powered by Ubuntu.”

Meanwhile, Ninja Blocks recently hired a chief marketing officer and opened an office in San Francisco. The office will focus on marketing and funding the company’s future growth, with Friedman himself preparing to move to the US shortly.

Despite these moves, Friedman says Ninja Blocks remains committed to Australia, with design and engineering set to remain here.

“We will still do our engineering and design in Australia and we have strong roots here. So it’s really about having people in the places where they’ll be the most impactful.”