No spin: This IoT startup wants to really clean up by hanging the status quo out to dry 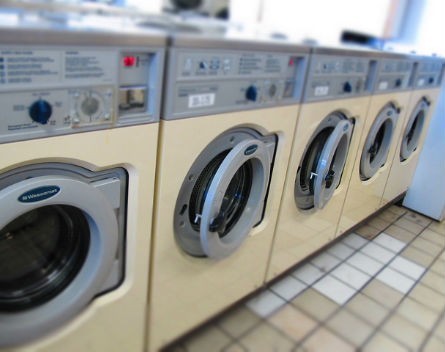 When it comes to businesses being disrupted by the Internet of Things and the cloud, the humble coin laundrette is not the first to come to mind, but Brisbane entrepreneur Ian McFarlane hopes to change that with a new venture called Eziwash.

McFarlane told Private Media it is a really interesting time for laundromats, an industry that has traditionally been dominated by an older generation that has been reluctant to embrace new technology.

“The innovation is to pay and operate self-service coin laundry machines electronically via your phone,” McFarlane says.

“While there has been some innovation for the industry by putting credit card readers on washing machines or dryers, the costs have been prohibitive in smaller markets such as Australia.

“At the core of the system, a user swipes a QR code on the machine, or visits our website, to create an account, which they can top-up with a real-time credit card payment through our payment provider, Ezidebit. Once they have a balance, they select a drier or washing machine of their choice.

McFarlane explains the web application is hosted on an Australian cloud hosting provider, Fluccs Australia. The web application, in turn, connects to a small server behind an internet router and firewall, which in turn controls up to 16 washing machines and dryers.

“We have a small, solid-state web server at each site that runs an XML interface that talks to the coin acceptor on the washing machine or dryer,” he says.

McFarlane has already installed the technology at a laundromat he owns, Snap Laundromat in the Brisbane suburb of Taringa, and says the response from customers so far has been positive.

“We see self-service laundromats mainly used by young people and travellers, who use their mobile phone as a digital extension of their arm,” he says.

“In the first month, it’s been amazing how fast the take up was for young people, who were just using it without any instruction or tutorials. They’ve taken to it like a duck to water.”

The technology opens up huge range of opportunity in the unattended retail space, and McFarlane hopes to really clean up by offering the technology to other laundromats in the near future.

“It took 12 months to develop it and rolled it out to one of my laundries, and I’m in the process of rolling it out to my second,” he says.

“There’s already general interest in Queensland and interstate. But rather than roll it out to everyone, I’ll look for laundries that want to promote technology and build a strong brand.”