No! Your Samsung TV is not spying on you. There is nothing to see here, move along 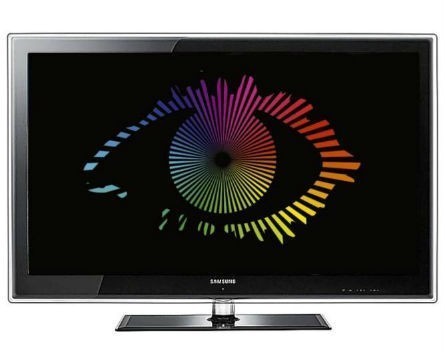 In a wave of Snowden-primed paranoia, the Internet has erupted about the possibility that TVs are being used to spy on their owners.

This particular story started with someone taking the time to actually read the privacy policy associated with Samsung’s Internet connected Smart TVs. The furore about the policy concerned the statement that Samsung might send the voices recorded for analysis to a third party. Reports about this story quickly escalated on the Internet, with all of them implying that the TVs were somehow pervasively recording everything that was said in the devices presence.

The UK’s Independent joined the fray repeating the Electronic Frontier Foundation’s Parker Higgins’ comparison of Samsung’s TVs and the telescreens used in George Orwell’s 1984. They quoted:

“Any sound that Winston made, above the level of a very low whisper, would be picked up by [the screen], moreover, so long as he remained within the field of vision which the metal plaque commanded, he could be seen as well as heard.

“There was of course no way of knowing whether you were being watched at any given moment. How often, or on what system, the Thought Police plugged in on any individual wire was guesswork.”

Sadly however, as is common with social and mainstream media-fuelled conspiracies, the truth turns out to be far more prosaic.

To activate the voice commands on the Samsung TV, a customer has to, and always has had to, press a button on the remote. A large icon then appears on the screen prompting the customer to say something like “Change the channel” or “Switch off”. Anyone who has tried this feature would have realised the first time they tried it that it is far quicker to click the remote directly than try and get the TV to; [a] understand what has been said, and [b] action the command.

Samsung notes that if people are not comfortable with the feature, they can disconnect the TV from the Internet or simply disable that particular feature. Fortunately, very few people actually bother to connect their Smart TVs to the Internet in the first place, with 15% of owners using an Internet TV to surf the Internet or access online content.

It is a testament to how far Samsung’s marketing crown has slipped that this story ever got the coverage it did. Very fewreports actually questioned the basis for the story. Contrast it with the adulation that similar voice-activated systems like Apple’s Siri, Microsoft’s Cortana and Google’s “Ok Google”.

The fact that all of these systems require data to be sent for analysis seems to have escaped those suggesting that what Samsung is doing is any different. And yes, all of these companies will be analysing the data and using that information to tell them how people use the service and how they can improve on it.

We are in the “silly season” for technology-related news. Nothing is currently being announced and so technological sensations are being almost manufactured to fill web sites.

Samsung’s voice activation feature has been available for some time, I am not sure what people imagined happened to the data that it collected but they can be reassured that nobody will be interested in whatever is being said in front of the TV. In fact, the news would be that anything was being said at all.