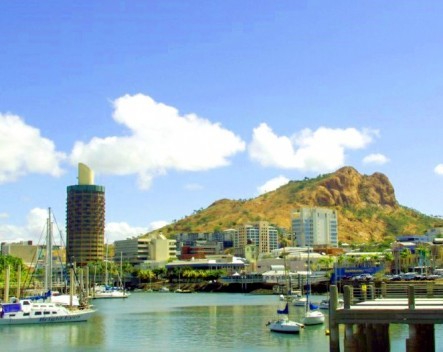 Growing up, your humble correspondent was taught to support the mighty Hawks in what was then the VFL (now the AFL), the Glenelg Tigers in the SANFL and the Penrith Panthers in the NSWRL (now the NRL).

So it is with some trepidation and reluctance that Old Taskmaster, after reading a story in this morning’s paper, types the following phrase:

Don’t worry, dear readers. There has been no traitorous shifting of allegiances. No betrayal of loyalties to hop on the bandwagon of the Roos, the Roosters or the (former) Bears. No acts of high treason have been committed.

However, there is potentially a business opportunity you should consider.

At this point, it is almost redundant to point out that the federal government is in a lot of trouble politically. Since announcing the Carbon Tax very early in this term, the opinion polls have quite consistently placed Labor behind in two-party preferred terms.

Polls may come and go, according to the manual, but if they all consistently show one thing, it’s time to pay attention.

Barring either one of the most miraculous political comebacks in Australian political history, Julia Gillard and the factions peacefully standing aside to Kevin Rudd or a series of major scandals hitting the Liberals, the outcome of the September election seems nearly certain. Tony Abbott will be Australia’s Prime Minister in September.

A change in government and a new era of tougher federal budgets in Canberra will likely mean the end of some business opportunities, especially those depending on handouts from Labor programs. But new possibilities will also emerge.

As Tony Abbott revealed today, one of the major projects of an incoming Coalition government will be the development of northern Australia. Over the next 15 years, Abbott promises northern Australia will go from being our last frontier to our next one.

Here’s where things get interesting: The Coalition is examining a range of policy options, including business tax cuts and major infrastructure projects, in order to encourage development near the cities of Darwin, Cairns, Townsville and Karratha.

Key government departments, including the CSIRO and Quarantine, will also potentially be relocated under the plan.

(If any Coalition MPs read this blog, it might also be worth considering start-up incubators or funding for new enterprises up north, but that’s an aside.)

What all this means, depending on your industry, is some lucrative new business opportunities might be opening up in the top end over the coming years. If you are considering establishing or relocating your business, there could potentially be government incentives opening up if you base it in one of our northern cities.

Don’t get me wrong. As long-time readers will know, Old Taskmaster certainly doesn’t advise you at this point to up-root your family and relocate up north on the hope a politician will be honest.

However, it is worthwhile taking a close look at the potential business opportunities that will open up if Abbott is serious about his plan. It’s also worth taking a look at precisely what incentives Abbott’s plan has for establishing a start-up in northern Australia.

Get it done – and go north!