Not all new phones are thinner and sleeker: Meet the start-up heading in the opposite direction 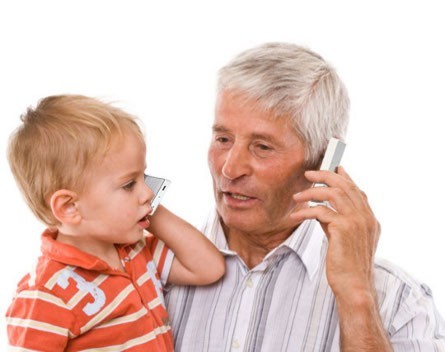 Dmitry Levin’s newly designed phone doesn’t have a touchscreen. In fact, it doesn’t even have a screen.

It’s a couple of buttons but it’s designed for a big and growing market: the elderly or people whose disabilities limit their access to smartphones.

Kisa has been developing the product for just under two years, after the three co-founders realised their elderly grandparents owned phones they will probably never use.

“We all tried explaining how to use smartphones to our grandparents, but I know my wife’s grandfather still looks for a payphone when he’s out. We realised we needed to create a phone design from scratch that would actually be used,” Levin says.

While images of the phone aren’t available yet, Levin can reveal it doesn’t have a screen and includes one to 10 buttons.

Using the same technology as speed dials (pre-programmed numbers assigned to buttons) each button bares a word or image such as a photograph or picture of a house or doctor.

After spending months trying to find a way to manufacture the phone in Australia, Kisa has had to develop the phone overseas.

“It just turned out to be impossible to make mobile phones in Australia,” Levin says, citing inexperience with phone creation as the major issue.

“High-tech manufacturing does not happen here often, so there aren’t cheap manufacturers to work with.”

They’re working with functional prototypes and developing their partnerships with Vision Australia and the Seeing Eye Dog association in Victoria.

But beyond the vision impaired, they’re also focusing on people with Alzheimer’s disease and dementia.

“Every stat shows the majority of people over 65 mostly use a landline. We wanted to create a way for those who may need care to get in touch when they’re out that’s even easier than using a landline,” Levin says.

“If we can achieve just a fraction of the change we’re hoping for, we’ll improve so many lives and it’ll have quite a significant commercial return for us.”

The biggest challenge for the Kisa team has been surviving the past 18 months without the full-time wages they commanded prior to putting their all into the business.

They’ve bootstrapped the business so far and intend to have the product in the market within six months.