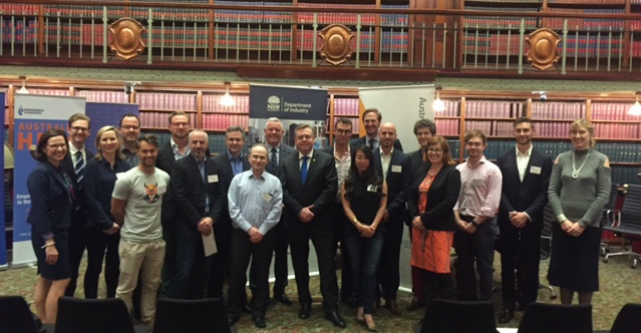 The NSW state government has partnered with Austrade to send eight Sydney startups to Israel and immerse themselves in the “startup nation”.

The eight startups will be heading to Tel Aviv for two weeks to visit the federal government’s landing pad, and to access some of the best talent, mentors and investors in the world and bring this knowledge back to the Australian startup community.

The state government will fund the founders’ flights and accommodation while AusTrade will provide additional support at the landing pad.

“The NSW government supports startups because we want to create resilient, competitive industries for NSW, and that includes fintech and cyber security,” Roberts says.

“Fintech and cyber security have tremendous jobs growth and economic potential not just for NSW, but also for Australia.”

Austrade acting CEO Grame Barty says it’s in the interest of the national body to collaborate with state governments to help grow the startup sector.

“We have a responsibility to do two things: to provide a working space for Australian startup companies to be able to operate from, and to provide a partner network,” Barty tells StartupSmart.

The startups chosen for the two-week Tel Aviv immersion program were selected by a joint panel representing the NSW government and Austrade.

“Being able to meet with some of the businesses we already work for there such as Seeking Alpha, meeting face to face makes so much difference,” Bentley tells StartupSmart.

“We will be funding-raising starting next year so hoping to meet some investors who genuinely understand our business, which frankly a lot of local investors don’t.

“We are based in Sydney but we aren’t really an Aussie business, most of our users are outside Australia and think we are on Wall Street.”

The hubs will be established in San Francisco, Shanghai, Singapore, Tel Aviv and Berlin with $11 million in funding.

With the first batch of local companies selected for the San Francisco location last week, Barty says only two startups have been picked for the Tel Aviv landing pad so far: MyInterview and Sail.

In choosing the startups to enter Austrade’s landing pads, Barty says it all comes down to the founders’ understanding of the space and market they’re breaking into.

“We make no distinction between any city or any particular environment, we’re not making a judgment about the technology of the application,” he says.

“In combination with the program, they’re going to get an outstanding experience and a very quick awareness and understanding of the market [and] who their competition is.”