$100,000 prize awarded to Queensland start-up at the OzApp Awards 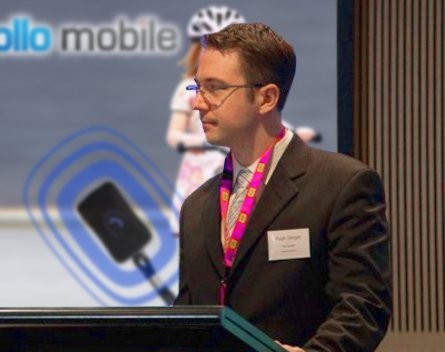 The Brisbane-based start-up receives a $100,000 convertible note with Qualcomm Ventures. Their product is a wearable panic button that triggers call-outs to family members and support networks.

The five finalists were assessed by a judging panel including Qualcomm Ventures director Patrick Eggen and Silicon Valley-based start-up investor Bill Tai who has backed Australian start-ups including Shoes of Prey and Canva.

Co-founder Ken Macken told StartupSmart getting the backing of Qualcomm and Bill Tai will increase their chances as they raise funds in the United States. They’ve this week announced an American business entity, Ollo Wearables, to simplify this process.

“This is a big Australian award with international judges. This is really going to help bring things together and build the credibility of our business,” Macken says.

The $100,000 prize will go to speeding up the development of the product and growing the team. Macken says they’ve lined up 12 people they’ll be hiring in the next three months.

Project Tripod co-founder Catherine Eibner told StartupSmart they were lodging their developed app with investor Nokia later this week and should have it in the market shortly.

Getting out and pitching the app has helped them realise the scope of the app they were creating.

“The most interesting thing with Project Tripod is every time we mention it people have another idea of how to use it so it’s turning out to be bigger than Ben-Hur,” Eibner says. “It could work for anything that can be tracked and measured visually, from nature photography to construction.”

Once the app is launched, the team will be focused on developing their APIs so it can be used widely.