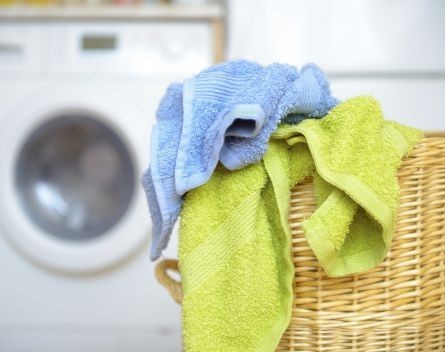 An on-demand laundry service has launched in Melbourne, hoping to chase the success enjoyed by similar startups in the United States which have raised millions of dollars in funding.

LaundryRun is currently servicing the Melbourne CBD and inner northern suburbs, but is planning on expanding into the inner east in the next few months.

The startup partners with dry cleaners and picks up and drops off people’s laundry at no extra cost.

The service launched last week and is averaging around 10 bookings a day, but hopes to grow rapidly with the rollout of an iPhone app.

Pickup and delivery occurs on Mondays and Wednesdays between 6pm and 10pm, and since last week the startup has extended its Saturday trading hours to 6am to 10pm because more people wanted their washing done on the weekend.

“These services have been in the US for some years, but with the launch of Uber and more recently Netflix, people are starting to get used to having things at the click of a button,” he says.

“I think we’ll have lots more services like this pop up as there’s definitely a problem we’re solving – but we hope to be the number one laundry service in Australia.”

Read more: Four US services that would go gangbusters in Australia

Portaro has previously run his own dry cleaning business and is bootstrapping LaundryRun with the aim of proving the concept before snapping at the heels of investors.

As for the difficulties in launching a two-sided marketplace, he says it was surprisingly easy to get the dry cleaners onboard.

“They generally don’t run at full capacity, they often run at 70 to 80% of what they can handle,” he says.

“So it’s a large benefit for them as they’re bringing in work that is too hard for them to get themselves or they just don’t have time. They operate with their main base which is the dry cleaners and then from newsagents or post offices… so a lot of the time they’ve got a driver operating that side of it. We’re able to take over that for them and also expand it to door-to-door for not any extra cost to the dry cleaner or customer.”

“Because we’re asking for a pre-authorise payment upfront, that’s probably been our biggest hurdle at the moment with people a little unsure of a new service… whether it’s a legitimate service. We work through that on a one-to-one basis.”

On-demand laundry services have been going gangbusters in the US for some time, with popular startup Washio raising $US10.5 million last year in its Series A round to expand beyond Los Angeles and San Francisco.

Yesterday San Francisco-based competitor Rinse announced a $US3.5 million round with the aim of targeting Millennials.