Start-up storms into the recruitment market with hyper-local offering 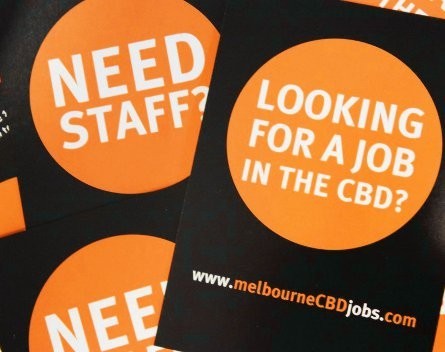 Just as Australian recruitment upstart companies such as Seek sounded the death knell for newspaper employment classifieds, a new niche of recruitment start-ups are emerging to take a share of the jobs market.

Jonny O’Brien is the managing director of On Tap Recruitment, a local employment platform start-up for hospitality and retail jobs.

He told StartupSmart the recruitment market was in a phase of rapid change and ripe for disruption.

“There is a real shift occurring in recruitment right now,” O’Brien says.

“The overarching statistics for jobs ads are declining, but we don’t see ourselves in the same market as Seek for example. We’re focused on a sector of transient workers and employers who can have 500% turnover each year.”

Launched in February this year to coincide with university O-Week, the On Tap Recruitment website crashed as 2000 aspiring employees (mostly university students) began signing up and uploaded their resumes. The website added its 100th employer this month.

“The value we have is a pool of current candidates so employers can quickly search the candidates and know they’ve got the necessary skills,” O’Brien says.

Aspiring employees sit a 15 minute test on basic English and commercial maths, as well as some experience-based questions for retail work, or responsible sale of alcohol tests.

“The tests are there to check their competence, but also their commitment. Employers can see how many questions they answered in 15 minutes, and how they scored,” O’Brien says.

The platform is co-owned by equity and start-up development group Kingston Development. O’Brien says they’re focusing on growth only at this stage and still working out the business model.

“If we started charging at the beginning, we’d only get a weird subset of jobseeker market, those who were willing to pay for an untested idea,” O’Brien says. “The decision not to charge employers at the beginning was a bit of a no-brainer, we can’t provide value until we reach a certain size.”

O’Brien and precinct manager for melbourneCBDjobs Amy French spend a couple of days a week on the street handing out flyers and engaging employers.

“Our growth comes from time spent on the ground. We’ve found once we get the platform in front of employers, it’s easy to sign them up but that’s hard to do without the leg work,” O’Brien says,

They will be launching a seed funding round soon, and plan to be nation-wide the end of next year.

“Businesses don’t really work if they don’t work everywhere. I wouldn’t want to finish rolling out Victoria without launching in Sydney first,” O’Brien says. “It’s about validating the idea, and we’re looking at maybe Geelong or Ballarat by the end of this year.”