On the right page and dressed for success: Online book and menswear sales booming 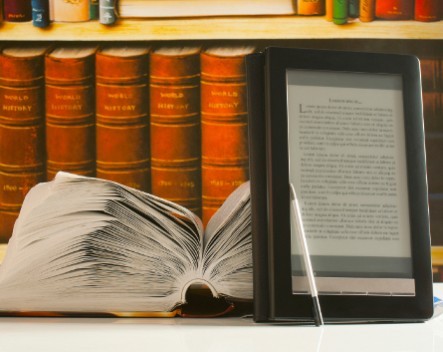 Online books and menswear sales in Australia are set to boom over the next five years, according to a forecast published by IBISWorld this week.

According to the report, traditional book and newspaper retailers have declined by an annualised rate of 5.7% in the five years through 2013-14. The decline led, in part, to the collapse in 2011 of book chains Angus & Robertson and Borders.

But despite the decline in traditional book retailers, the report forecasts online rivals such as Booktopia and Bookworld are set to boom over the coming years. The report predicts Australia online book retailers are set to grow at an annualised rate of 14.5% through 2018-19.

Bookworld chief executive James Webber told SmartCompany the strong growth figures predicted by IBISWorld are less than those he is expecting over the next year.

“We are experiencing much stronger growth than this and expect to continue to do so for some time as we build the Bookworld brand and make Australians aware that they now have a local provider of books,” Webber says.

“We’ve experienced over 50% growth this year and we’re expecting to continue that in years to come.”

According to the IBISWorld figures, a number of major factors will lead book lovers to shift their purchases online, including a declining Australian dollar, the continued popularity of e-books, growing economies of scale and declining per unit costs.

“As concentration continues to occur in the bricks-and-mortar book retail sector more people turn to the online channels to source their products and, as people thirst for immediate gratification, their focus is moving more towards how quickly they can get the product than the price,” Webber says.

“E-books in particular address the need for instant gratification and will continue to grow and through Bookworld’s partnership with Kobo, we are only too happy to satisfy this demand.”

The situation is similar in the menswear sector, where online menswear sales are predicted to increase at an annualised 9.7% rate of over the five years though 2018-19.

IBISWorld predicts a similar growth rate for online sales for women’s clothing, albeit off a higher base.

The growth comes after traditional bricks-and-mortar clothing retailers, including their online operations, declined at an annualised rate of 0.9% in the five years through 2013-14.

The report found overseas retailers such as UK-based ASOS have dominated clothing sales in Australia over the past five years. But as the Australian dollar falls, that momentum is likely to shift in favour of Australian rivals such as The Iconic and Surfstitch.

IBISWorld industry analyst Ryan Lin told SmartCompany it is not surprising to see individual online e-retailers, such as Bookworld, claiming growth rates higher than those over the overall sector.

Lin says online retail giant Kogan is a good example of an online retailer that almost doubles its revenue year-to-year by expanding its product range.

“Depending on the business, if you’re an online pure-play, broadening the range of products you offer is an opportunity for growth,” he says.