An entrepreneurial confidence crisis before success: Start-ups are Scary series 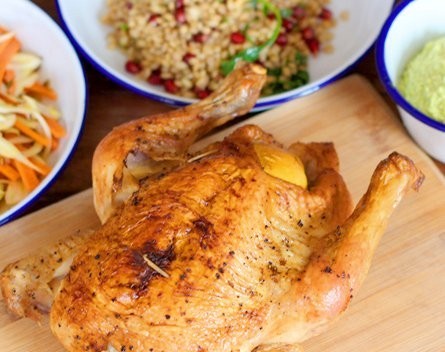 After building and selling a telco company in just two years, Roshan Mahanama had a bit of an identity crisis when his next two start-ups struggled to get any traction.

His first post-acquisition start-up was Zaman, a coffee pre-ordering app, which tanked in July 2013 after months of working closely with cafes to develop the app.

Roshan and co-founder and brother Shanu had invested almost $50,000 in developing the app. They took it to a hospitality expo with hopes to sign up some new customers.

“If we needed a sure-fire sign from god this was a terrible idea, it was that expo. Only two people approached our booth and they were both competitors. We were booked in for two days but after the first one, none of us had the mental energy to do another,” Mahanama says.

Instead, they huddled around a desk working out their exit markers: targets they needed to hit within the month or they’d quit the idea.

“We said if we had no traction in four weeks, we’re outta here,” Mahanama says. “Four weeks later, we still had no traction. And trust me, we tried everything. So we killed it. It was tough but you move on.”

The pair decided to pivot the technology into a marketplace for peer-to-peer home cooked meal sharing. The app would go on to become Your Fork, but the difficult launch almost crushed Mahanama’s entrepreneurial career.

When they launched, only three of the 100 home chefs they approached finished the application process. A grand total of zero orders were placed.

“We thought we might have screwed up two businesses in a row. When Zamon failed, at least we learned a lot. But when Your Fork struggled, we realised maybe the telco one was a fluke and we actually suck at this,” Mahanama says.

They didn’t give up. They planned a launch party in Surry Hills, invited all of their friends and a range of prominent Sydney food bloggers.

They were overwhelmed with positive comments and enthusiasm. They sold out of tickets. They organised a venue, the three home chefs to cook for the crowd, with live music and free drinks.

The Your Fork team threw open the doors. To two people.

They waited, but no one else arrived.

“The reaction on our chefs’ faces was heartbreaking. These guys had worked their butts off. It was gut wrenching,” Mahanama says.

“We kicked off the music anyway and we went out and hit up every pub in Surry Hills. We pitched to every table and pretty much dragged people along. Eventually we got it packed out enough that the chefs didn’t feel let down.”

The next day though, the website traffic was flat and they still hadn’t received any orders.

In the following months, Mahanama started to get seriously worried.

“For some reason, not getting traction for Your Fork hurt me way more than the all my other start-up mistakes. I wondered if I should give up being an entrepreneur,” he says, adding he even did three interviews for corporate gigs.

“Thank god for them, because I realised that wasn’t what I wanted to do with my life. I went home and we ripped Your Fork apart and reworked it.”

The Your Fork team realised they had been blinded by the enthusiasm of the first few potential customers they spoke to and hadn’t done their homework.

“I had a deep-seated belief from my own selfishness – I know I wanted this product. But we’d put scalability above solving a problem,” he says.

Originally launched as a marketplace, the deal breaker for most would-be customers was the requirement to leave their home to pick up the meal.

“Convenience is a key value of takeaway. We were offering healthier, more interesting options but no one wanted to drive for 20 minutes to pick it up. We had to get into logistics,” Mahanama says.

They tweaked the model, delivering the meals themselves. They also tweaked the website and how they brought chefs onboard.

They transformed their value proposition from healthy, interesting takeaway to home-cooked meals delivered directly to you door.

“It was a huge relief, we were running out of money and squabbling with our advisers who said we should pursue scalability over traction. But I had zero customers. Zero. Let’s get one before we worry about managing thousands,” Mahanama says.

Your Fork’s revenue is now growing 40% month on month.

While they don’t have the lowest cost of customer acquisition, Mahanama says the growth is driven by a high re-order rate they’ll maintain by keeping their home chef standards high.

“The inception moment is scary. You think you’re going to make it big and disrupt, but when you don’t, it’s rough. So many of my friends have pulled the pin there,” Mahanama says.

“That shitty side to start-ups is what binds your team together. When no one leaves and you come together and want to crack the issue as a team, you know you’ve got the right people in the room.”

Your Fork plans to broaden their offering beyond the inner west of Sydney in the coming months.