One entrepreneur on multiple failures and learning to learn: Start-ups are Scary series 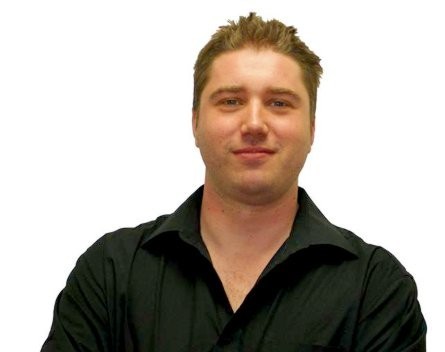 Jono Birkett has been exploring start-ups for years. He reckons he’s learned many of the biggest lessons the hard way after his first two ventures spluttered and died when the cash ran out.

“I know how to learn now. I had to get myself into a position where I know how to develop and evolve ideas, and as a person. But it took years of trying out different things and failing,” Birkett told StartupSmart.

He’s just successfully launched his third venture, Memtell, but Birkett invested four years and thousands of dollars into two tech start-ups that never made it to launch.

In 2008, he and a friend started building the software for a calendar that suggested events in your area according to your interests and free time.

Birkett says the first version of the app fell foul to “feature creep”, when the desire to launch with the perfect product creates a constantly unfurling to-do list.

“We had a plan that we didn’t stick to. We kept on developing and developing and coming up with ideas and not trying anything to sell it. We exhausted all of our money,” Birkett says.

Under enormous pressure, the team relationships began to sour and they realised they needed to move on before it got too toxic.

“The whole situation imploded for me,” he says. “We were under a lot of stress and I realised it wasn’t going to work. It was gut-wrenching.”

The failure of his first start-up idea hit Birkett hard. He wound up the business, dropped out of the start-up community and got a part-time retail gig so he wouldn’t have any responsibility to worry about.

“I felt a bit cheated by the whole situation. I was very naïve and I took things personally and got quite emotional about it,” he says.

After a year in retail and going on a tech detox that included stints in the country painting as he tried to ignore the desire to try again, he realised this approach to life wasn’t working for him either.

“The bug was still there for me a year later, still itching away. I rebranded the concept, did a whole bunch of development on it by myself to try and get it out of my system,” Birkett says.

It didn’t work and he began thinking about the revamped project constantly.

He began talking about TimeFinda, the new name for the calendar app and gathering a group of supporters.

“As soon as I started sharing about it, I grew a group of people who were backing me and following me, so I started having meetings and building momentum.”

He developed a team, raised $10,000 in angel investment and went back for round two.

“I learned a bit better but I repeated the same mistakes. I should have tested the market demand and built it following the lean approach. I’m still a bit frustrated with myself,” Birkett says. “I wanted to create a grand vision and picture of a product and fully realise this lofty goal before I let anyone see it. And that really held me back.”

In the middle of 2013, they had launched an underwhelming beta round for TimeFinda when they ran out cash.

Birkett realised it was time to abandon his first start-up idea.

“It sucked. It was like losing a best friend,” he says. “You’ve got to adapt to confusion every single day because it’s never simple and it’s never how it’s supposed to be. But it was time to move on.”

He began to explore an app that would let users to record a quick vocal track over a photo.

They started testing it immediately, taking it out to everyone who would give them the time.

“I’m a spent a lot of time testing it with my family, especially my grandfather. He share memories, we’d realise something new and I’d hack it together,” he says.

They were accepted in the 2013 ANZ Innovyz Start Accelerator program with their MVP, (a minimum viable product or basic version of their app).

They developed the app in the three month program, along with their business plan and raised $70,000.

Memtell’s successful launch this week is especially poignant for Birkett, as the grandfather he tested the earliest versions of the product with passed away last week.

“One of the last few things we talked about after his stroke was how I was going to share his memories with the world. He couldn’t say much but had the biggest smile on his face.”

The Memtell team is now in full-scale promotion mode. When Birkett spoke to StartupSmart for this story, he was cruising around Melbourne on trams talking to his fellow passengers about the app.