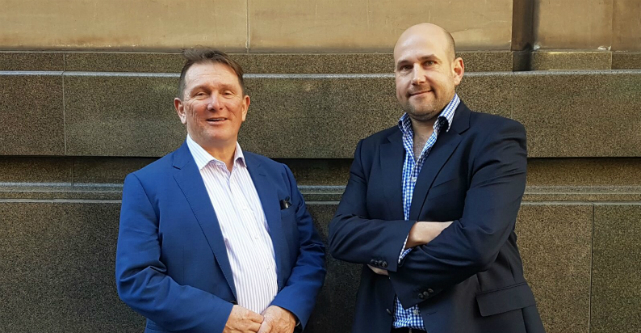 One of the biggest startup accelerators in the world will be running in Australia from next year after scoring a Victorian government grant to set up shop in Melbourne.

Startupbootcamp received $600,000 from the LaunchVIC innovation fund, and will be using the funding to launch its renowned accelerator program in Australia from 2017.

Startupbootcamp was founded in Copenhagen in 2010 and now runs 13 accelerator programs globally in 10 countries. Nearly 350 startups have since passed through its doors, with 71% of these going on to raise an average of $1 million.

The three-month mentor-driven program will see $20,000 (15,000 euros) invested in 10 startups, along with six months of co-working space and over $1.5 million-worth (1 million euros in partner deals. The program culminates with a demo day in front of investors, partners and mentors.

Bringing it to Australia

“It’s very pleasing and we’re thrilled to get the support of LaunchVIC,” Townsend tells StartupSmart.

“We’ve spoken to the Victorian government for a while about the program and about building an IoT and data ecosystem here in Melbourne, and they’re quite passionate about this space.”

Startupbootcamp was awarded the best accelerator of 2014 at the European Tech Startup Awards and is now one of the world’s biggest programs.

With a base in Melbourne now, Townsend says Australian startups will have the opportunity to access an unrivalled global network.

“They’ll have access to the global mentors and the global investor base behind Startupbootcamp,” he says.

“We have major international sponsors who support us.”

Startupbootcamp is now on the hunt for local corporate partners for the program and will also be travelling the country to find the most promising Australian startups.

“We recruit throughout the region so we’re looking to bring the 10 best startups from around Asia into the program,” Townsend says.

“The funding will be helping us with that process of getting the right startups into the program.

“We want the startups to be connected with industry from day one so they’re developing and providing solutions that are solving real problems.”

The rise of the Internet of Things

Some of the grant funding will also be used to fit out an IoT and data-tech hardware workspace called Kydo, and Townsend says this is set to be the next big sector for startups that Melbourne can play a leading role in.

“It will be the next big wave of the internet and Melbourne can really build on its strengths as the world’s most liveable city and great research in health,” he says.

“It’ll have a profound impact on our cities, our work and our play – on all parts of our lives. It’s only just starting and you can imagine IoT solutions in pretty much every single aspect of life. It’ll be as disruptive as the internet has been itself.

“There’s a lot of scope for building world-class startups in the IoT space.”

Townsend says the team did consider other locations to set up the local operations, but Melbourne’s reputation and the government enticement pushed it over the line.

“We looked at a few locations but we think Melbourne, with the title of the world’s most liveable city and some of its other strengths make it a good place in the region for IoT,” he says.

“We’ll be leveraging off the large number of overseas students that study here and give them the opportunity to come back to Melbourne to run their startups here, which is attractive to them and to the ecosystem.”

With unprecedented digital disruptive occurring around the world, he says now is the time to support Australian entrepreneurs and their tech ventures.

“Melbourne can develop some Ubers of IoT or we could be the Uber drivers,” Townsend says.

“We want to own some of those industry segments by really looking at where our strengths are and developing those out. We can develop world-class leaders from Melbourne.”