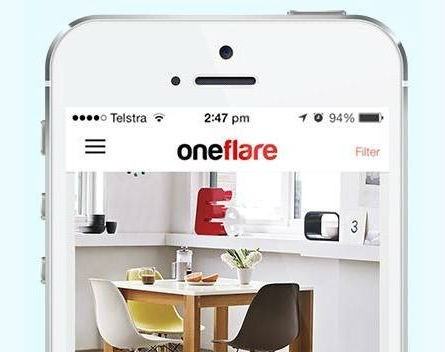 Local services marketplace Oneflare has secured an additional $1 million in funding as the service begins preparations for international expansion.

It comes after a group of three principal investors, Les Szekely of Equity Venture Partners, Garry Visontay of the Sydney Seed Fund and Dr Jeffrey Tobias of The Strategy Group, invested $500,000 into the online marketplace in May of last year.

“We’ve grown 300% over the past 12 months, as people leave print classifieds behind as they become obsolete. We add a lot of value for customers and unlike print classifieds we provide a clear return on investment for businesses,” Lim says.

“We’re a marketplace for local services, such as cleaners, electricians, plumbers, removalists, painters, accountants and gardeners. A consumer visits our site with a job that needs to be done, and then we package that info up and send it to local service providers.

“The consumer gets several quotes and chooses the most suitable provider for them. Then when the job’s done, the consumer can provide feedback which we pass on to the service provider.

“The three main things we’re looking at funding is international expansion, hiring more staff and scaling our sales and marketing team,” he says.

In terms of international expansion, Lim expects Oneflare to launch in the UK within the next 12 months.

“We’ve identified the UK as the biggest opportunity for us at the moment. It has a market three times the size of Australia’s, and it’s also similar in terms of language and how trades and services are handled,” he says.

“For the past three-and-a-half years, we’ve refined our user acquisition offering. Past of what we’re looking at is that we can scale across countries. So we’ve set seven KPIs for our UK expansion, and once we’ve hit those, we’ll look at other overseas markets.”

“The US is crowded marketplace and many of our counterparts are secure in their positions. New Zealand is geographically the closest market to Australia, but online, that’s not really a relevant consideration.

“The UK has two times the market size of Canada, so the highest yield in terms of reward for effort.”

Aside from its international plans, it also wants to grow its share of the local market.

“We had a very lean operation and have been ramping up recently. We’ve had five hires in the past month,” he says.

“We want to become the most trusted source for high quality local services in Australia.”