Online community is trying to fetch itself some funding on Kickstarter 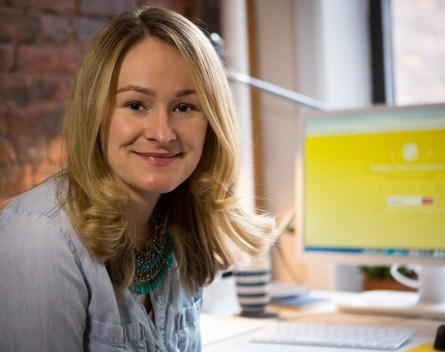 Popular community-driven online newsletter The Fetch has launched a crowdfunding campaign, with founder Kate Kendall saying it is an important opportunity for the community to help it succeed.

Originally launched as a side project in March 2011, The Fetch is a weekly newsletter that curates the best events, news, jobs and must-reads for its community of professionals.

Having started in Melbourne, editions were added covering cities such as New York, San Francisco, Los Angeles, London, Berlin, Sydney, Brisbane and Auckland. There is also a ‘global’ edition for those living further afield.

Kendall told Private Media The Fetch community has grown organically through word of mouth as regular readers recommend it to their friends and colleagues.

“From Melbourne, there were volunteers to help it spread to cities around the world,” Kendall says. “There were editions in 10 cities across Asia, the US and Europe. It became a dependable local resource for work life.

“So part of The Fetch ethos is that it’s community driven with people volunteering their time to curate it. That’s very time consuming, and a lot of that time is spent on the admin side of things. At the same time, there’s a lot of community love from people saying they love The Fetch and miss it when it doesn’t come.”

Now, in a bid to grow the community further, Kendall is seeking to raise $25,000 through Kickstarter, with 41 backers already pledging $2566 to the campaign.

If successful, the funds will be used to create a community platform incorporating a mobile-optimised web app, new editions in 66 additional cities, better event categories, new features such as calendar syncing and increased customisation.

In addition, aside from its current focus, covering business, tech and creative industries, the crowdfunding campaign will allow for the creation of industry-specific editions. These will cover verticals such as the marketing industry, the arts community, the media, the sharing economy and sustainability.

“We really want the platform to allow users to customise their fetch feed, drill down into more industry verticals, see when similar people and friends are going to events and simplify posting events,” Kendall says.

“The community platform will allow people to see events in real time rather than waiting for the weekly newsletter.

Kendall describes the campaign as currently being “very much in the pre-outreach phase”, with a long initial deadline for the campaign of 40 days.

“So far, it’s been internally driven and we’ve raised 10% of our target. We’re really to have 40 backers generated through our internal networks and contacts. From Monday, we’ll go more public and begin our outreach efforts through email,” she says.

“Part of a community-driven platform is that it should be up to the community to see it succeed if it is valuable and useful. This is the one opportunity to see it continue to exist.

“If it doesn’t succeed, The Fetch will become a global newsletter of interesting articles, without the events section.”