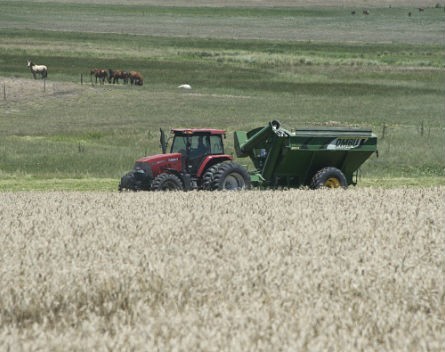 A Sydney startup is aiming to boost productivity in rural areas by connecting contractors and regional businesses on a simple, easy-to-use platform.

Contractor Cloud hopes to alleviate the difficulties regional and rural employers face – such as finding harvesters or sprayers at short notice – by leveraging an online marketplace.

Tim Lee and his co-founder Andrew MacAlpine decided to develop the startup between their day jobs around six months ago because they both have families that work on the land.

“We both have that connection and hear the stories and pain-points,” Lee says.

“The contractors typically advertise through word of mouth, paper-based journalism such as newspapers and magazines… what you could call old-school methods. We’re trying to create a platform that enables a more efficient connection between the two parties.”

Lee says finding contractors at short notice can be a serious issue for farmers due to the temperamental nature of the weather and seasons – a short burst of rain may delay harvesting for up to a week.

“This then puts stress on the contractors and their scheduling because they’ll need to work around their schedules for these conditions – which makes their income difficult to manage,” he says.

“You can search for a contractor there and then rather than going back to the office on the farm.”

Contractor Cloud will be initially free for users, however, will eventually move to monetise the platform through a subscription model and targeted advertising. Lee expects the startup to launch publicly in the next few months.

“We want to build the trust in the communities in the rural workforce so they can see the value in the system first,” he says.

“Once we build the user base we can then obviously move to the subscription model.”