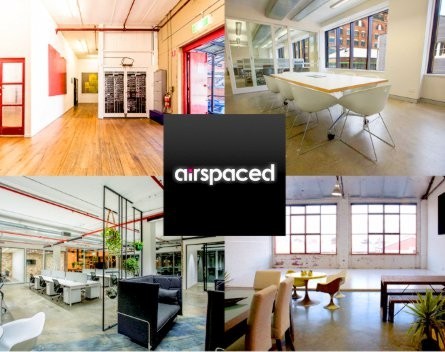 An online marketplace to connect those seeking short-term commercial space has launched out of beta this week.

Airspaced.com.au founder Simon Hanlon told StartupSmart he had been working on the idea since mid-2012, after he realised commercial leasing options weren’t evolving in-step with how businesses were changing.

“There is an increasing disconnect between long term, rigid and expensive commercial lease expectations, and the growing demand for flexible and short term, more modern day requirements,” Hanlon says.

“The market for the most part hasn’t reacted to that, there is a still a lot of this old school long term stuff. And people on each side of the market wondering where to go to offer a six-month space. They can’t go to an agent, so we created that place.”

Inspired by the pop-up store trend and aware many start-ups were seeking short term office spaces, Hanlon realised there was space for a nimble, online offering that was designed to manage short term leases.

“It doesn’t make sense for traditional real estate agents to engage with shorter term stuff, as it’s too administratively onerous, so it’s not exactly in their interest,” Hanlon says.

“It’s not a total fix, but at least it puts into the market an offering that isn’t really there. In some respects, it’s creating a new market as well. Not only is it servicing shorter term offerings, but it’s enabling those with quality unused space to offer it directly.”

After developing an early version of the site, Hanlon started approaching both sides of the marketplace to build listings, interest and traction.

He adds the need to develop critical mass to create a functioning marketplace is the main reason why he hasn’t developed a final business model yet.

“We’re just building both sides now. In the marketplace arena, you want to become a quality one that everyone can get what they need. At present, we’re focusing strictly on building that. The business model will come with time, there are a few options,” Hanlon says.

Hanlon adds there is one operational revenue stream at the moment, the ability for vendors to promote their listing.

“It’s a side stream to test the waters a bit, but it’s going fairly well,” Hanlon says. “Trying to monetise too early is not a great idea, as users need to know there is value there.”

There have been over 200 listings since the launch in May. Hanlon says they’ve recently passed 10,000 individual listing views.

Hanlon says he will be focused on exploring several partnerships, and in building out his marketing campaigns to grow both sides of the marketplace.