OPINION: Dear Google, here are some ways to put your money where your mouth is 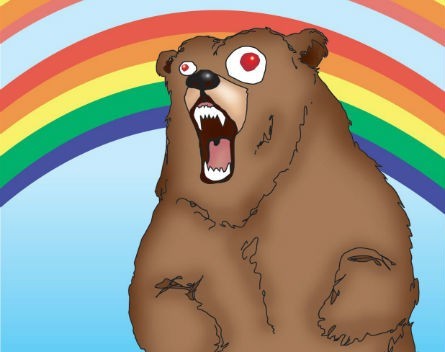 A story in The Sydney Morning Herald today quotes an ASIC filing showing Google paid $7.1 million in tax in 2013 on local profits of $46.5 million, on revenue of $357.7 million. Except that doesn’t include Australian advertising revenue of about $2 billion that Google chooses to pay elsewhere, like Singapore and Ireland.

In the SMH article, Google’s local chief Maile Carnegie points out that Google employs 450 engineers. She says, “…they don’t need to be here.” She says it employs 900 people locally and will take on more than 70 paid interns this year.

Add the $2 billion in advertising revenue to the $357.7 million in other revenue for the year, divide it by the 970 people getting paid, and that’s an extraordinary revenue-per-person.

There’s a difference between how much tax Google Australia is required to pay and how much tax is fair for it to pay. I’m not debating the former, because if Google paid more than it’s required to, it could get sued. Its own shareholders would be within their rights to mount a class action suit if it wasn’t doing everything it could to minimise its tax.

So if it can’t easily pay more tax, yet it’s not really being fair to the nation it pulls $2.5 billion out of each year… what other avenues are there? Personally, I think promising not to offshore those 450 engineer jobs isn’t really doing enough.

Are there other ways the “Do No Evil” company could do a lot more than it currently does? I’m just spit-ballin’ here, but off the top of my head…

Google Australia could afford to employ three times that number of people and would still be the most profitable media company in Australia. It runs a lean operation — it could afford to be fatter.

The company could offer secondary and tertiary scholarships for the thousands of new STEM students Google’s Alan Noble says we need to fund for our future.

Perhaps it could establish an early-stage tech startup fund and accelerator, focusing on incubating and investing in 100 new Australian tech startups a year.

Or establish a micro-loan bank to support grass-roots innovation. Or an online peer-to-peer lender, with Google providing the underlying security and platforms.

Or grant every Google employee an annual bonus with the requirement that they invest it in an Australian-owned tech startup less than a year old and valued at less than $1 million.

Or begin deploying free and low-cost wireless and fibre networks in Australia to accelerate the roll-out of national infrastructure through providing some competition, perhaps focusing on areas of low-income households, or areas suffering from chronically underfunded public transport and heavy traffic congestion, to promote remote working.

Or help the Australian government become more efficient through the adoption of smarter and better internet technologies. Not just promote it, but actually fund and build better online tax collection, reporting and administration systems.

Carnegie is reported as saying, “Tax is a portion [of a company’s contribution] but when you look more broadly at some of the intangibles, there is a lot of stuff that we do that I wish there was a bit more focus on.”

Let’s be honest, Maile, there’s a million miles between the intangible stuff you do currently and the tangible stuff Google could do, if you chose to.