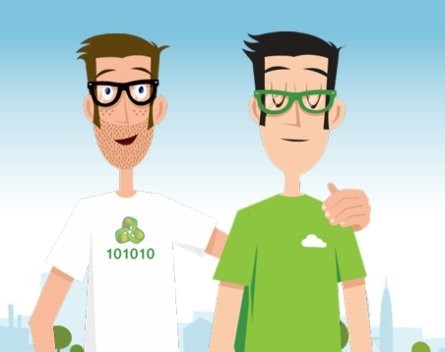 Queensland-based IT start-up Opmantek has raised more than $700,000 via the Australian Small Scale Offerings Board, one year after partnering with a Mexican telco giant.

Opmantek – which has offices on the Gold Coast and in New York, Mexico City and Panama City – launched in 2010. It operates in the field of network management software.

The business was formed by the founders of NMIS, which stands for Network Management Information System.

In February last year, Opmantek struck an ongoing, half a million dollar deal with Telmex – Mexico’s largest telecommunications firm – despite having virtually no sales or revenue history.

Then in October, following the launch of a number of commercial products, the number of downloads of Opmantek software increased by a staggering 4,000%.

This means there is an organisation implementing Opmantek’s software every eight minutes.

Now the company has closed its primary capital raise on ASSOB after successfully raising more than $700,000.

Led by chief executive Paul Niederer, it promotes capital raising campaigns of up to $5 million through its platform. To date, more than $120 million has been raised on ASSOB.

It also offers Australia’s only facility for “secondary” sales of unlisted issued securities.

Following its successful raise on ASSOB, Opmantek is now listed on the secondary board, with sales expected to commence at 20 cents per share.

“He used our platform and pushed it to its limits,” Niederer told StartupSmart.

Dr Mark Rainbird, the managing director of BlueMount Capital who sponsored the raise, congratulated Opmantek on its success.

“With the final round of the Opmantek capital raise now oversubscribed, the company is moving the listing to the ASSOB secondary board, where investors will be able to trade shares in this fast-growing company,” Rainbird said in a statement.

The news comes two months after Opmantek acquired the intellectual property of Open-AudIT – one of the world’s leading open source software products in the field of network inventory discovery and audit.

Open-AudIT software was first released in 2002 and is used by an estimated 25,000 organisations globally, so the acquisition was a major coup for Opmantek.

It plans to enhance the Open-AudIT software in the hope that a number of organisations will purchase Opmantek’s commercial products and services, which are an extension to Open-AudIT.

“The acquisition is a big win for all NMIS and Open AudIT users and for Opmantek shareholders,” Maher said in a statement.

“Open AudIT is a global leader in the field of network discovery and audit, and we are thrilled with the acquisition.”