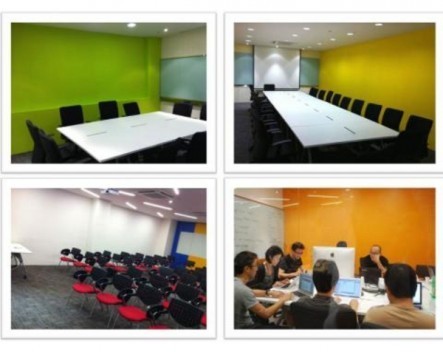 Securing office space in San Francisco is hard for any startup, but even more so for those from the Asia-Pacific region.

Block 71, a new co-working space in the South of Market District in San Francisco, will help ease the transition for Asia-Pacific startups heading to the United States.

Optus-Innov8’s Australian startups will get access to the space, which is a joint project of SingTel, Infocomm Development Authority and the National University of Singapore.

One Optus-Innov8 startup, NinjaBlocks, is set to make use of the space over the next few months as it looks to ramp up distribution in the US market. Optus-Innov8 lead principal Alfred Lo told Private Media the space will help its portfolio of startups make the leap to the US.

“We’re increasingly seeing more interaction between the US ecosystem and Australia, and I think South East Asian startups always have plans to get over to the Valley. Be it for partnerships, business development and obviously raising money as well,” Lo says.

“The move to set up a co-working space in San Francisco helps build a bridge between our region and the hot spot, startup Mecca, being the Valley.

“This provides a good landing spot, where startups can dust themselves off after a long haul flight for a three or four day business development visit, or something more long term.”

Optus-Innov8 is part of Optus and SingTel Group’s venture capital arm in Australia and focuses on at Series A investment opportunities. All 5000 square feet of Block 71 San Francisco will be shared by startups from the SingTel Innov8 Sparks group, the National University of Singapore and the Infocomm Development Authority. There will be a chance for friends of Optus-Innov8, not just startups it has invested in, to get access to the space, although its portfolio of companies will be given priority.