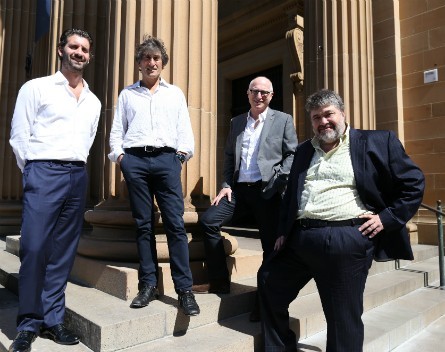 Australia is set to experience a “startup boom” and has the potential to take a place alongside the world-leaders, the CEO of the world’s largest equity crowdfunding site says.

Israel-based OurCrowd CEO Jonathan Medved is a strong supporter and “confidant” to Prime Minister Malcolm Turnbull, and tells StartupSmart he thinks Australia has the talent and leadership to take on the world.

“Australia is in the process of embracing innovation in a big way, and this is great news,” Medved says.

“Your entrepreneurs are spectacular. The ones I’ve met are world class and there’s a lot of money here that can flow into this.”

Although Australia is currently far behind the biggest startup hubs in the world, Medved things will accelerate quickly if it’s all done right.

“The ecosystem is several years behind the leaders in Silicon Valley, Israel and elsewhere, but now you’re playing catch-up real fast,” he says.

“I love this place, and in the long-term the trend line is up and to the right. Australia is really going to boom here.”

Although Silicon Valley and Israel are well out in front, he says Australia has the potential to come close behind.

“I’d welcome Australia into the number three spot soon – I’d love to be followed by you guys,” Medved says.

Government as an enabler

“Government shouldn’t be the investor in these startups; it should enable the private economy.

“The government isn’t sitting there in Silicon Valley and backing Facebook and Google. If you want to create a Facebook or Google the government has to be an enabler and then get the hell out of the way and let the business community do what it needs to do.

“For them it’s about making sure your infrastructure – education, regulations and taxes – is right.

“Australia is very close to being quite right in most of those areas and the work is going on.”

Medved says Turnbull is on the right track so far.

“Turnbull gets it – he’s got a business background and he was talking about innovation before it was fashionable,” Medved says.

“These aren’t just buzzwords from a prime minister, this is stuff he deeply believes in and understands.

“You’re fortunate enough to have a PM who knows what blockchain is and is tech-savvy. He gets it and that’s a huge advantage for any country trying to expand.

“He’s very committed to turning Australia into an innovation-driven economy and on focusing not just on natural resources but on human capital.”

Medved spoke to the recent Australian trade mission to Israel, and says we have a lot to learn from his home country.

“What Australia can learn from Israel is you don’t have to be a massive country with hundreds of millions of people to build a vibrant startup economy,” he says.

“The innovation economy is now multilateral and international. You don’t build companies on your own anymore – investment is global, innovation is global. You don’t focus on the Australia market per se, you figure out how to conquer the world.

“Sometimes people are too often happy building me-too copies for the local market.