Over their heads with no quick fix and hostile investors: Adioso’s story 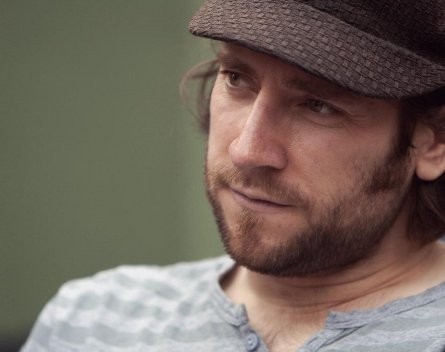 After two years of hustling, hacking and scrambling to make their new take on searching for travel data work, the Adioso team were running out of cash fast when they realised the time had come to face the facts and try not to panic.

Co-founder Tom Howard told StartupSmart they felt they were onto a great thing when they launched in 2008, but they had underestimated the challenges they’d face.

They had received lots of positive customer validation, raised $350,000 in angel funding and even secured a coveted spot in the Y Combinator Accelerator program, in the early 2009 cohort that transformed Airbnb from a great idea into a booming start-up.

“It was in 2009 after battling away at the idea for a bit that we realised we were in over our heads,” Howard says. “We’d tried everything, trying to trick ourselves and investors that we were building something that was really working.”

“We realised there was a reason products like ours didn’t exist. Our product was completely at odds with how the travel industry worked so we couldn’t get the data in the form we needed,” Howard says. “We realised we’d have to overcome the huge industry barrier. The more we looked at it, the more we understood why no one else had. And here we were, just a few scruffy guys from Australia.”

Howard says this realisation was terrifying, and hung over his head for months as they tried to work out how to overcome it.

“As the head of our little team, I felt really lonely. We had nothing but tough decisions and only slow possible progress ahead of us,” Howard says.

He adds the situation was made even more difficult because they had several investors who were increasingly concerned about their investment.

“It was tough because we’d had investors and supporters who were really encouraging when it was going well, but when times got tough some withdrew their support, some became hostile and some were very aggressive and full on with advice that we knew was wrong,” Howard says.

Howard says they received a lot of advice to invest in a business development person to bring airlines on the platform.

“We knew chasing the airlines wasn’t the best idea then. The technology wasn’t ready for the airlines to want to come on board, and the market wasn’t ready so even if we got them, we wouldn’t be able to keep them,” Howard says.

The Adioso team had been focused building their tech platform, but the fact they couldn’t wrangle the available data into the structure they needed was crippling how many options they could offer, a make or break factor in the hyper-competitive travel industry.

Howard says their enthusiasm and commitment mingled with their panic, and they invested way too much time and money trying to grow the demand for their limited offer with marketing gimmicks.

“It didn’t work. So we were at the crossroads: do we give up and shut down, and try something new and do we hold out?” Howard says. “We had no money left. We seemed like damaged goods so new investors wouldn’t touch us and our old investors didn’t want to chip in anymore.”

He adds many advisors suggested they pursue a deals model, as Groupon was “the biggest thing in start-up land” at the time. He adds it was tempting, but they knew they had to stop investing in gimmicks and start fixing the core issue.

Through the panic, they realised several larger companies were beginning to seek travel data in new ways, so they decided to hold out for a little bit longer.

“We completely overhauled the product but kept building as if we had everything we needed, because as soon as we had it, we’d be in prime position to make it work,” Howard says.

The Adioso team now have three online travel agencies on board and over 35,000 active signed up users.

They’ve doubled the team and Howard says their first and hopefully biggest hurdle is behind them.

“We’re integrating new data and negotiating with airlines. It was certainly tempting to chuck it in, but now we can see the best thing which was to watch the industry, and decide to chill and wait it out,” Howard says. “We’re not huge yet, but we’re growing again, this time probably for the long haul!”

This story is part of our Start-ups are Scary series. If you’ve survived a tough and terrifying moment in your start-up’s journey and want to share what you’ve learned with the wider community, we’d love to hear from you: rpowell at startupsmart dot com dot au