Parkhound $20,000 richer after being accepted into Melbourne Accelerator Program 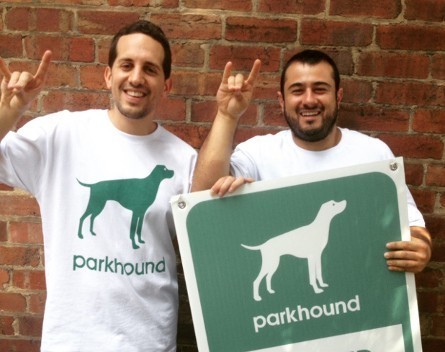 Melbourne startup Parkhound has been accepted into the latest intake of the Melbourne Accelerator Program, snapping up $20,000 in funding and a dedicated office space.

The program will see the parking startup travel to the US in October to meet with venture capitalists and private investors at Google’s headquarters.

Parkhound co-founder Michael Nuciforo told StartupSmart two of his co-founders are graduates of Melbourne University and it was great to see a university commit to promoting entrepreneurship.

“We think it’s a great thing that people who have come from there can use their skills in a startup,” he says.

“The typical career path out of uni is to get a job and this is encouraging people to think about starting a business. Ultimately small business and startups are the lifeblood of the Australian economy, and looking back at the track record of MAP it generates huge revenues and also a number of new jobs – over 80 jobs have been created out of the MAP program already.”

“I think we should encourage other universities to do the same.”

Parkhound was one of eight startups who will work from a dedicated space at the old Royal Women’s Hospital.

“There are other types of market-type businesses like ours and a few medical ones,” Nuciforo says.

“So it’s a great mix of ideas and skill sets and that’s really useful as we’re all in the same room and can bounce ideas off each other and provide support. Already in a short period of time we’ve built a strong bond with the cohort in this year’s intake.”

To be eligible for the program at least one team member needs to be a University of Melbourne student, recent alumni or staff from the engineering or business schools.

As well as a dedicated office space and $20,000 in funding, the program provides mentoring for all of the startups from a network of entrepreneurs as well as previous graduates.

“One of the huge benefits is we get access to a top notch set of mentors and from that we’ve recently selected our first advisory board,” Nuciforo says.

“For us, that’s going to be a huge advantage both from their experience and contacts as well. By the end of the program we want to use that expertise to expand the business into other areas we have in mind. The other thing we want to do is raise a first round of funding.”