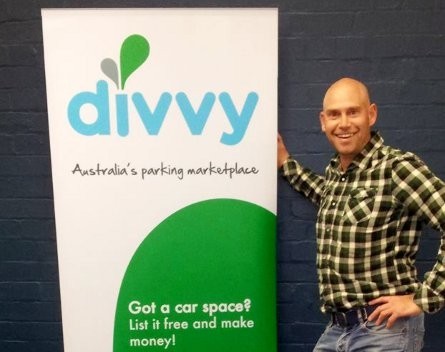 Sydney startup Divvy Parking has closed a $2.5 million Series A round in a bid to accelerate its expansion into the commercial property sector.

The Series A follows a $350,000 seed round last year as well as an expansion into the Melbourne market.

The latest capital injection was led by a number of high net worth individuals whose names were not disclosed.

Founder Nick Austin told StartupSmart the funds will be used to expand the tech team as well as make other strategic hires.

“We’re also bringing on a high-profile CTO and expanding out our sales team,” he says.

“Also, we’ll be building out our product range in short-term parking. What we’ve found is large property owners and managers have an issue with this ebb and flow of demand over their parking assets. What we’ve done is create a technology solution which helps them manage that ebb and flow more effectively.”

The funding round coincides with the company shifting away from tackling the smaller, peer-to-peer market and instead focusing solely on larger, commercial opportunities.

“It’s about listening to the customer and really getting to know the customer,” Austin says.

“With any of these MVP technology builds, it’s about building something that’s going to work in its most basic way and then building on that as you learn more about the market.”

As for what lies ahead for the startup, Austin says the company will be rolling out new technology in the next one to two months.

“We’re also talking to some international partners about expanding,” he says.