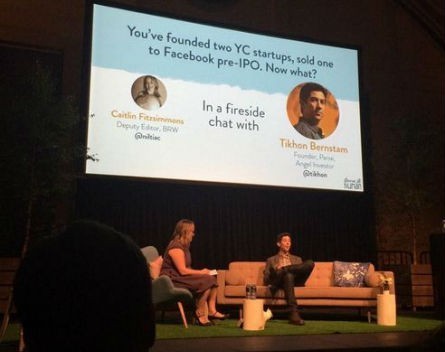 A lot of Silicon Valley investors believe good deals will come to them, which leads them to missing out on good deals outside of the United States, and contributes to Australia’s venture capital problem, according to Parse and Scribd founder Tikhon Bernstam.

Speaking at the Above All Human conference in Melbourne on Tuesday, Bernstam says a lack of knowledge of jurisdictions outside the United States scares many potential investors away.

“But most folks get scared off by the legal treatment and not being sure what rights they have. If I invest in a Delaware C corp, I understand how dilution works and how I could be screwed later on. But I don’t understand that if I’m investing in a company in Indonesia, Vietnam and Australia.

“So it’s a large hurdle, especially for an individual to try and figure out.”

Bernstam launched Scribd, a digital documents library that allows users to publish, discover and discuss original writings and documents in various languages, in 2006, after being accepted into Y Combinator’s 2006 class of companies. It was his 12th crack at founding a startup. In 2011 he founded another startup that would be accepted into Y Combinator, Parse, a cloud application that powers apps across many different platforms.

“So it’s a large hurdle, especially for an individual to try and figure out.”

“We had multiple offers, the trouble is when you raise a Series A, you almost always give up control over a sale, where your investor can veto it. Your investors have very different incentives than you might have. An offer might be great for you and the company but it’s not going to be the 1000 x that makes their portfolio.

“It can be very fractious post seed round, any venture round, where your investors have completely misaligned incentives from the founders.”

Of course, Bernstam is an investor himself. He’s made roughly 30 angel investments, most notably Crowdtilt and Optimizely. Currently he’s finding virtual reality and digital currency startups the most intriguing areas for potential investment.

While seemingly anybody with the right buzzwords “like bitcoin and a couple more” can raise a seed round in the United States, he admits that’s not the case in Australia.

“I think (bootstrapping) is wildly underrated. I think a lot of folks are really trying to build Instagrams when they could build Campaign Monitors. These bootstrapped companies that are solving real problems for businesses. Charge nice monthly fees and just make money the whole time,” he says.

“If fundraising is difficult that’s clearly the way to go. So I’m really impressed with companies like Campaign Monitor and Retailmenot, who bootstrapped and made successful businesses without a lot of initial early funding, and later on the buyers came hunting when they saw really great value.

“Nothing about starting in Australia means that you can’t still target interesting global markets the way Retailmenot did. Which is a great company that I use whenever I buy anything online.

“The only difference about starting where fundraising is hard is you have to focus on things that can make money, and become profitable faster, I think. Whereas you can do crazier consumer things like Scribd in the States easier, because you know people will invest, even when there’s no money upfront.”