How to build a viable business model around an app 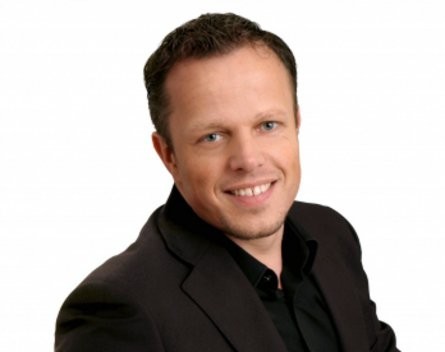 Too many apps fail because developers don’t realise they’re managing a product that requires a targeted and evolving business model, according to international business planning consultant Patrick van der Pijl.

“Maybe it sounds a bit stupid, but creating an app or product is not so difficult. But to make something that solves a kind of problem, and customers are willing to pay for that is a different ball game,” van der Pijl says. “An idea or an app in itself has no value. The value comes from the development and the development doesn’t end with the app, it includes the business model.”

Van der Pijl, from Amsterdam-based business planning and training company Business Models Inc, and the company’s Australian office partner Michael Eales, will be teaching how to develop an app with a viable and sustainable business model at a Microsoft event held in conjunction with the Premier’s Award for Open Data initiative.

According to van der Pijl, focusing on how the app fits into a business model or profitable portfolio of apps is what turns an app developer into an entrepreneur.

“The people in the room who are able to do that fit best, they’ll be more successful. It’s very hard to be serially successful if you don’t get the business model right,” van der Pijl says.

The key to successful app developing entrepreneurship is a variety of ideas, offerings and a commitment to constantly iterate on the app, and its business model.

“If you’re in the game for only one success, you better stop right away,” van der Pijl says. “And remember that models change over time, so you may start now with a free model, and then offer a premium one, and then end up going with advertising too.”

Van der Pijl says transforming the business model around an app can be difficult, and developers need to focus on communicating the new value offering when trying to move users from a free beta to a premium model.

“You should tell them this will be a different value proposition, and make it clear what that is. You don’t charge for something you’ve given away for free, you limit the usage and upsell the new functions. But you need to plan that in from the beginning,” van der Pijl says.

Planning how your business model will develop is almost as important as testing whether there is demand for the app, and the app is what users want to use.

“Don’t assume the value of your app. This is if you’re doing something new, don’t assume if people do it with one tool they’ll swap to using their phone for the same function. You need to test it before you start to create an app,” van der Pijl says.

He adds that many first-time entrepreneurs mistake a business model for the revenue model, and don’t research or realise how significant other factors such as the wider product range, the team and the whole context are in planning a business model to keep the developer’s start-up business viable.

When researching the app, nothing beats downloading several popular and similar options and exploring them as a user.

“This is the best way to understand the app itself and see what it does. If I was going build an app, I’d work out the three key moments someone would use it, and how you can tweak the app to fit those moments perfectly,” van der Pijl says.

Van der Pijl says the rise in developers using lean or agile methodologies that require developers to make a minimum viable product version of their app to test was seeing better targeted and more user-friendly apps.

“The ultimate seduction for app developers is to create the coolest, the best and the most advanced app they can. But people aren’t interested in that, they just want a problem solved so you need to keep it simple,” van der Pijl says.

He adds making small prototypes, even just on paper, minimised the risk of mistakes.