Peazie CEO Thomas Mahon on the secrets of securing big business partners as a startup: “Everyone is faking it” 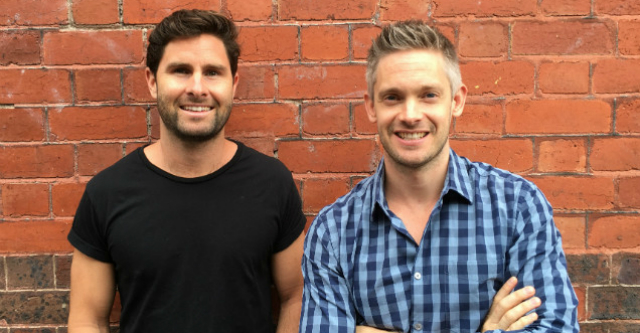 Melbourne-based startup Peazie has entered a new growth phase on the back of a series of lucrative partnerships with large corporate clients.

The promotions and audience conversation platform closed a $2 million funding round last year and has since been working to validate its service and business model.

Peazie CEO Thomas Mahon says this phase has now been successfully completed, and the startup is now accelerating its growth and partnerships.

“Peazie has gone from a business that was validating a product in the market to a business that’s very well validated and now in scale mode,” Mahon tells StartupSmart.

“Those are two very different challenges but I’m really happy that we’re now operating a business that’s confronted by a new, second challenge.

“There are no longer any question marks over whether what we’ve created is of value. The new question is exactly how big the market is and how quickly we can take it to them.”

Peazie was founded in 2011 but has come into its own across the last year, with Mahon saying revenue has grown by eight times in these 12 months.

Mahon says he knew that Peazie was in the midst of a paradigm shift when the startup hired its first sales person.

“When you work on something all day everyday it becomes your world,” he says.

“The concern is that you start to believe your own bullshit. Bringing a new person in and seeing them just as excited as you are without that history is when you realise just how exciting it is to move from validation to scale.”

The startup now has a team of 20 employees and has signed deals with the likes of Southern Cross Austereo, Vans, and Audi.

Mahon says Peazie is also working with a number of “key media and publishing partners” including some “globally recognised enterprises” but is unable to name them.

“They don’t want you to be screaming from the rooftops about a big win,” he says.

“You want to celebrate but the only people you can celebrate with are internal.”

Mahon says there are a number of secrets that startups need to consider when trying to land a big corporate partner.

Take a walk in their shoes

Mahon himself was on the other side of the table for the last decade working at big businesses before making the leap into the startup world and joining Peazie.

“It’s absolutely ideal if you’ve worked for a major corporate before you try to partner with one,” he says.

“Having sat on both sides enabled me to have an empathy that is paramount to getting deals done between small businesses and big businesses.

“Large corporations are very complex and they’re all very different but if you understand the fundamentals of those complexities you’ll be in a better place to navigate them.”

While it’s important to not under sell your company, he says it’s also crucial to pitch something you can actually deliver on.

“It’s best not to go in and promise the world if you don’t think you can deliver it,” Mahon says.

“Aim for the top but be ready when you get there. Selling to corporates will test your ability to get the attention of and hold your own in front of some pretty experienced people.”

It’s inevitable that a startup will feel on the back foot when meeting with a big business, but Mahon says it’s important for the little company to hold its own.

“You need their money more than they need to spend it on you – that’s the reality,” he says.

“But if you go into partnership discussions with businesses thinking like that you’ll rarely come out with a good outcome.

“If your value stacks up then there’s every reason you should go into a meeting feeling like they need you as much as you need them.”

You have to put yourself out there

After attending a talk featuring entrepreneur John Roa, Mahon says he was struck by a particular quote: “If you stop telling people that you can do stuff, that you can’t quite do it, then you’re only innovating so fast.”

“Jump in the deep end but only if you believe yourself and your team can swim,” Mahon says.

“Everyone is faking it until they make it.”