Pedalling success: Lessons for partnering with a major world-leading brand 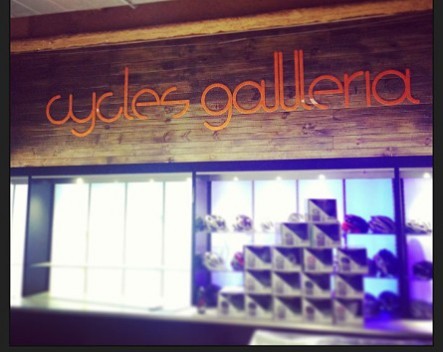 Pearce launched his bicycle shop, Cycles Galleria, on Bourke Street in Melbourne’s CBD in July, 2012. He will be opening his second store in the QV Building on Russell Street on Friday this week.

He told StartupSmart it will be the biggest bike store in Melbourne in terms of floor space and stock.

Pearce says his deal with Trek, the largest bicycle company in the world, is the result of careful planning and big thinking.

“I wanted to align with a company that has similar views and aims, even if they’ve got global aims, my local ones matched that. And I always tried to think big, and set my systems up from the beginning to cope with growth,” Pearce says.

He says he approached Trek despite them already having some representation in Melbourne.

Pearce says it’s critical for small businesses to be completely across their financial plans and situation when liaising with major international companies.

“You need to have a solid plan of what you want to do and how you’re going to do it. Be prepared for how you’re going approach them and the questions they might ask you. They asked me a lot of questions about the financial planning, cash flow projections, profit and loss projections. Knowing my business plan backwards meant I could answer those easily,” Pearce says.

While winter does seem an unlikely time to launch an exercise and leisure brand, Pearce says the excitement around the Tour De France balances out the winter sales dip, estimating it contributes a 15% boost in sales.

“The Tour being on is great timing. This is about the change of model time of year for cycling,” Pearce says. “Any sport we’re doing well at, we tend to be interested in.”

Pearce says while retail in Australia was tough, there would always be opportunity for well-run businesses.

“The industry has had its ups and downs since the peak in 2007. Bikes sales have followed a lot of retail with a downturn in the last year with several stores closing their doors, but I see that more as opportunity than anything else.”