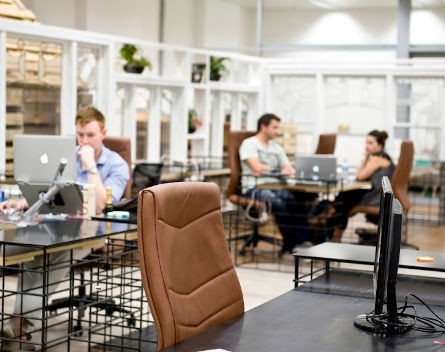 Perth co-working space Spacecubed has launched a crowdfunding campaign that will help it double the amount of space it can offer to entrepreneurs and startups.

The extra space at Level 9 of 45 St Georges Terrace in Perth, will offer facilities targeted at startups with between two and eight members.

Originally, the expansion plans had been for next year, but demand has brought them forward. Spacecubed founder Brodie McCulloch says there 450 members using the space including startups in the social, environmental, technology and creative industries.

“Our co-working space is essentially full, so we were looking at how we fund our growth,” he says.

“How do we grow now to provide more and better facilities for our members? We’re only just hitting the tip of the iceberg with the Perth startup community.”

McCulloch says the best solution was to run a crowdfunding campaign and Spacecubed was a good fit for charitable crowdfunding platform Chuffed, an Australian startup itself. Spacecubed is a social enterprise that makes money from memberships, but puts all its profits back into the programs that support entrepreneurs.

“There’s a growing interest in people getting their ideas up and running, so we’ve had a lot of interest from people looking at career changes, and this (expansion) helps lowers the barriers for people to do that,” McCulloch says.

One day into the 30 day campaign, Spacecubed has raised $8455 of its $50,000 target. Through the campaign, startups and entrepreneurs can purchase co-working spaces and memberships.