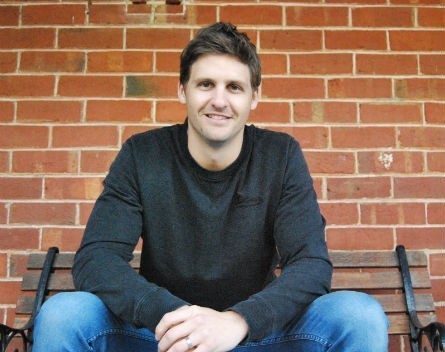 It’s the morning after a big night and you’re lying in bed with a raging hangover, feeling just a bit sorry for yourself. The house is a complete mess, and you’re starving, but the thought of emerging from bed and facing the world is all a bit too much.

That’s where Hangover Helpers comes in.

The Perth-based startup will clean your house and make you breakfast while you stay in bed and silently question your life choices. They even offer a healthy range of greasier options to satisfy those seedy-Sunday cravings. The food is catered from nearby cafes, and hangover staples like Gatorade, Red Bull and coffee are also provided.

It’s a quirk the startup hopes will separate it from other Australian on-demand cleaning competitors like Tidy Me, which recently raised $750,000 in seed funding, and Whizz, which closed an undisclosed Series A round in April.

Not surprisingly, co-founder James Hookway came up with the idea after a particularly seedy morning.

“Me and my wife were hungover and lying in bed after a party at our house,” Hookway says.

“We had no food in our house and we wanted someone to come in, cook us breakfast, and clean the place up. It was a pipedream at first.”

The startup, which is being bootstrapped, currently only offers its service in Perth. But Hookway says it plans to expand across Australia, and is looking for investors help to do so.

“We’re looking at moving over east as soon as possible,” he says.

“The feedback has been like ‘hurry up and get over here’.”

Hangover Helpers launched in June and they already have bookings for this month, including a dinner party, buck’s night and sporting function.

Users can book the service through the Hangover Helpers website, and get an exact price by entering the specific details of the job. A standard clean from Hangover Helpers costs $250, which covers two indoor rooms, one outdoor room and one bathroom, as well as two breakfasts.

Users can book in advance for a planned party, or call the “emergency” number the morning after if things get out of hand.

“If they call the number in the morning we try our hardest to get the staff out there on that day, and get them to pick up Maccas or something,” Hookway says.

Hangover Helpers is employing cleaners rather than contracting the work out, and Hookway says this adds a personalised touch, with two cleaners for each job.

“One will interact with them, see what they want for breaky, and find out what the party was like, while the other will get into the cleaning,” he says. “We do everything normal cleaners don’t. We’re one of a kind at the moment.”

It’s currently only available on the website, but Hookway says he’s planning to introduce a smartphone app in the next 12 months.

The startup is also offering gift certificates. “It could be if you’ve partied too hard at someone’s house and feel bad so you pay for the clean-up,” Hookway says. “Or if someone’s hosting a buck’s party, you can thank them for it.”