Pitching event promises lowdown on the “good, bad and the ugly” of Asian markets 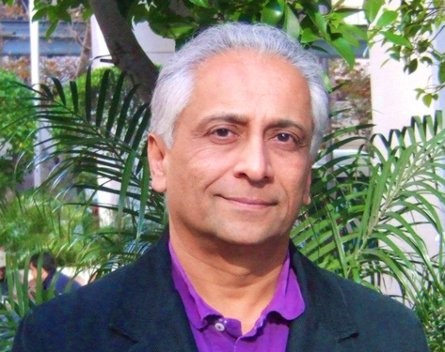 An opportunity to pitch to a panel of 12 in-market experts from Asia has been announced by TiE Sydney, a chapter of the not-for-profit global entrepreneurs’ network.

Dilip Rao, president of TiE Sydney, told StartupSmart many Australian entrepreneurs have the potential to tap into the huge markets of Asia, but struggle to know how to do so.

“Many Australian companies who have an opportunity in Asian markets might not know they do, or how to act on it. It’s hard to work out what the potential is for your idea in Asia and where you can start,” Rao says.

“It’s very practical rubber-meets-the-road kind of stuff. Entrepreneurs don’t have the time for high level economic discussions, it’s about getting it done and knowing how to move forwards.”

Markets represented on the panel are Bangalore, Mumbai and Delhi in India, Hong Kong, and Singapore. Rao says the opportunity to pitch will be both a boost and a wake-up call.

“We can tell you the good, bad and the ugly in the first five to 10 minutes,” Rao says.

“People need to realise there is no such market as ‘India’ or ‘China’. These are many markets, with different languages and dialects in different states. It’s complicated and you need to work out exactly which market to enter.”

Rao says the successful pitches won’t need data analysis or an expansion plan, but they do need some traction around their idea so they’re ready to expand.

“Most of the companies we see at this early stage are internet companies, but more established groups in tough, complex markets like food and hardware could also have prospects in these markets, but don’t know how to access these opportunities,” Rao says. “Pretty much any sector has the opportunity to be picked up in India, China and wider Asia.”

“Higher education is pretty much covered, but India has a huge gap in skills and vocational training; they need to train 90 to 100 million people in the next few years and they don’t have the capacity. We could have the same conversation about China, but again that’s a complex set of many markets.”

Rao says the ability to assess an idea’s fit in a market is critical, which is why they have launched the pitch events.

“The panel members are not just locals in their markets, they’re people like me, investors and entrepreneurs who have long experience in that market,” Rao says.

“We’ll be able to say don’t waste your time in Bangalore because there are five groups already doing that, but maybe Singapore might be interested.”

Entrepreneurs will need to be members of the global TiE network, which costs $120 a year. There is an application fee of $49 to cover administration costs. Entrepreneurs who pitch successfully will have access to contacts and mentoring in their newly identified markets.

Pitches are run quarterly. The program is sponsored by Optus and start-up accelerator ANZ Innovyz Start.

Applicants have until August 7 to apply for the August 21 pitch. The next pitching event will be October 9.