How finding a solution to a problem brought Pixc to life 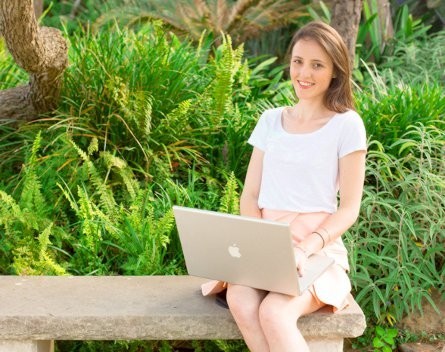 Despite being kicked out of a Founder Institute entrepreneur training program in its early weeks, Pixc founder Holly Cardew wasn’t discouraged.

“He didn’t like my pitch,” she tells StartupSmart of the reaction of a Founder Institute mentor to her idea for a business.

But she refused to be discouraged by the feedback on Pixc, a web-based service that Photoshops the background out of pictures of products online retailers want to display on their websites within 24 hours.

“I knew this was a big problem for shop owners,” she says.

Cardew, 26, discovered a need for a service such as Pixc’s while running her Country & Co. marketplace website and finding retailers in country areas needed help with their sites, especially pictures.

She launched Pixc in May and soon had an order asking for 800 images to be edited and, after relaunching around September/October, is now processing hundreds of images a week, with a goal to process thousands next year.

Last month, Cardew pitched Pixc as part of the Telstra Digital Summit and won a scholarship to visit San Francisco and the SXSW festival in Austin next year.

She says she’ll be visiting payments giant PayPal, as well as marketplace eBay and Google.

Pixc charges $US2 for each image it edits, with designers around the world accessing them from the cloud to work on them and then return the image when it’s finished for the customer to access.

Cardew says a product displayed on a contrasting background can increase sales online by 39%.

She says she’s been selling products on the internet since she was 13, but this year feels like she’s solved a problem faced by retailers.

“I’m really passionate about helping people sell online and get a thrill out of seeing sales increase.”

Cardew has experienced the ups and downs of starting up in the online world.

When she was 18, she tried to develop an online travel website and spent all her savings on a digital agency that couldn’t build what she wanted. As a result, she says she taught herself WordPress to build her own sites.

Cardew says her ambition for Pixc is for it to process thousands of images a day, create thousands of jobs in developing countries, and to one day be acquired by a larger online retailer.