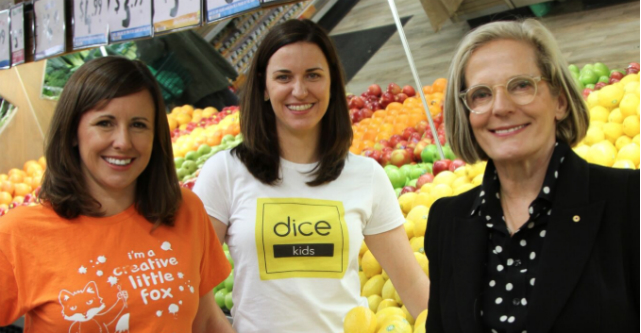 Nine months later, the winning team of the federal government’s inaugural Policy Hack has officially launched its program aiming to give young Australians a taste of the entrepreneurial life.

DICE Kids was crowned before a judging panel including former innovation minister Wyatt Roy, Shark Tank judge Steve Baxter and CSIRO CEO Larry Marshall, when it promised to launch “Lemonade Day”, a project to get children across the country setting up their first ventures.

The startup has partnered with muru-D graduate Our Little Foxes, which delivers subscription children projects, to kick of the pilot program.

Since the beginning of July, DICE Kids has been sending out hundreds of business kids to help school-aged children set up their own lemonade stand business

Four hundred children have been equipped with “I am a little entrepreneur” kits, which have lemon vouchers and resources to guide its recipients on entrepreneurship, DICE Kids founder and G20 Youth Summit delegate Erin Watson-Lynn says.

“They receive all of the material they need to create their lemonade stands,” Watson-Lynn tells StartupSmart.

“On 21st of August for [World Entrepreneurs Day], all of the kids will build their lemonade stand.”

DICE Kids boasts Lucy Turnbull has a patron, who says she hopes the first program will have a lasting impact on young Australians.

“National Lemonade Day will encourage kids to achieve something on their own using their own resources and skills and hopefully the confidence they will get in doing so will give them an entrepreneurial and innovative mindset and attitude for the rest of their lives,” Turnbull says.

The kits are filled with interesting materials aiming to spark creativity and entrepreneurial flair, Watson-Lynn says.

“They get a little rubber stamp where they can create their own logo,” she says.

“You can really personalise them and put your own ‘stamp’ on it, create your own brand and use your imagination.”

Watson-Lynn says they have less than 200 boxes left and parents can purchase one-off kits for $40 to get their children involved from the DICE Kids website.

“We’d like to create a huge buzz around kids creating lemonade stands and that first stage of inspiration around starting their own business,” she says.

Watson-Lynn believes primary school children are at an important age to experience entrepreneurship because it can help them develop many lifetime skills like resilience, risk-taking and creativity.

“The earlier we can expose kids to entrepreneurship, the better it is for their lifetime,” she says.