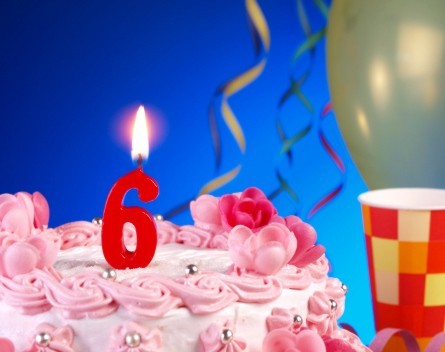 Pollenizer is a cornerstone of the Australian start-up ecosystem and like any start-up they’ve been evolving constantly.

In the month of their sixth birthday, co-founder Phil Morle spoke to StartupSmart about how they’ve grown, what they’ve learned and what’s next.

“We think our purpose is to build a guild of entrepreneurs across borders. We use the word guild because we’re excited about the idea of people who are united by a common practice, a skill or trade and that’s entrepreneurship and the carving out new of economies,” he says.

Pollenizer began as a venture technology company in 2007. Employing a team of developers and product managers, Morle says they aimed to be the technical co-founder for smart people with good ideas who didn’t know where to go.

The model may sound familiar. It’s similar to the core of what the Blue Chilli accelerator does today.

“Blue Chilli’s model is similar to our old one. It’s a model that is still needed but we needed to evolve to survive and thrive,” Morle says.

This model saw the group cultivate four to six start-ups a year, including break-out success Spreets which sold for $50 million in 2009.

But their early approach was to develop ideas and bring in entrepreneurs almost as employees to run the business.

“We realised that every company goes through moments when it should die. And it’s the founding team’s passion that lets them make it through. So we re-configured Pollenizer so everyone was passionate and aligned because that’s what helps you punch through,” Morle says.

Today, Pollenizer is partly an incubator but much of their revenue and passion is wrapped up in consulting and working with large companies to work with entrepreneurs and implement start-up approaches such as lean and agile.

It was their ongoing work with Telstra that alerted them to the fact the telecommunications giant intended to launch an accelerator program, which co-founder Mick Liubinskas now works.

“We’re stable now but a lot of people think we’re an accelerator or investor, which we’re not,” Morle says.

Pollenizer develops business ideas and then coordinates teams from within their own network. They invest $100,000 in each idea, and bring on board another $100,000 from an external investor. They only launch one or two new companies a year.

Their most recent is True Property, a company seeking to establish a realestate.com.au or domain.com.au-style offering in the Philippines.

“Working with so few companies is definitely a changed position for us. Two years ago I would have talked about starting lots of companies but now we only want to launch companies we can back to the bitter end because it’s hard work and needs all of you,” he says.

Having worked with so many start-ups in their most precarious days, not everything you may hear about Pollenizer will be positive. Morle says he and Liubinskas still support every decision they’ve made so far.

“I honestly believe that every decision we make as a company has to be rich with integrity and we always imagine ourselves on the other side,” he says.

He adds for the companies they decided to pull out of or had disagreements with, they’ve been quick to find solutions such as selling the founder who wants to continue their equity so they can continue on.

“We’ve had all kinds of experiences without entrepreneurs. We’ve had the deepest love and strongest anger from both sides. What we’re doing here is very, very difficult, and emotionally driven in both sides,” Morle says, although he’s quick to level the idea they take an exploitative amount of equity.

“People can only say this if they think we’re an accelerator. But we come up with the ideas, we’re there every step of the way. We don’t take equity, we give it to incentivise the right people and let them know they’re in control.”

Six years of start-up incubating and a couple of years of corporate facilitating means the Pollenizer team has honed their start-up to a smoothly deployed system that enables significant expansion.

In the coming year, Pollenizer will be setting up in Myanmar. Funded by global telco Ooredoo, their job is to help grow a start-up ecosystem as internet penetration goes from 1% of the population to an estimated 70% in three years.

“Asia is exciting to us because it’s an exploding market with so much opportunity. We intend to focus a lot of our resources and efforts there,” Morle says.

Ultimately, Pollenizer hopes to become a network of entrepreneurs and start-ups spanning the Asia-Pacific and facilitating cross-border partnerships.

While the plan is always to create profitable and rapidly growing companies, Morle says even the little moments make the hard slog worth it.

“When we see traction it’s the most wonderful thing. Selling Spreets is the extreme end, but a company today just got their first customer and that was just such a rush, even if it’s just a $50 sale.”

He adds perhaps it’s because the moments are harder to achieve that makes it all the richer.