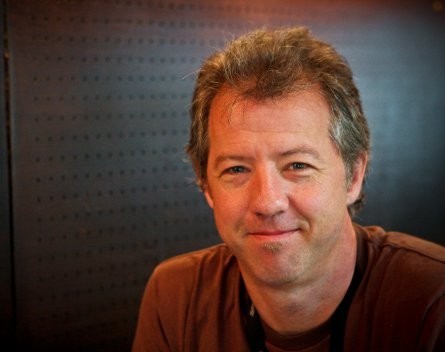 Phil Morle, co-founder and chief executive of start-up incubator and accelerator Pollenizer, has been named the leading start-up mentor in Australia by international accelerator program the Founder Institute.

Morle beat out Spreets.com co-founder Justus Hammer and entrepreneur Adam Yap for the title of top mentor involved in the Founder Institute program.

The Founder Institute has launched over 800 businesses since 2009 and more than 2500 mentors take part in the program worldwide. Programs have been run in Perth and Sydney this year.

Morle spoke to StartupSmart about the top five things start-ups should know about mentoring:

The start-up world is volatile and founders need mentors

Morle says while mentors are valuable in every business, they’re critical for start-up founders.

“The start-up world brings the need for mentors into stronger relief because things change so fast, and it’s all so volatile,” he says.

“We’re all still learning the principles of what’s important for an early stage tech start-up for the first time. So even if your mentor learned these last year, you can save time by not reinventing the wheel.”

The start-up scene is booming and mentor-led

“The range of mentors is definitely growing in scale and depth which is great for the entrepreneurship community. As it grows, people have been mentored themselves and understand the need to give back. We have an implicitly mentor-driven ecosystem which is powerful,” Morle says.

He adds the challenge for mentors is the vast range of opportunities available for aspiring entrepreneurs and the still small number of mentors.

“One of the challenges we have in Australia is the mentor pool is still stretched very thin, as we’ve got so many events,” Morle says.

“But we’re in the second wave of mentorships now, where we’re seeing mentors are beginning to gravitate around certain programs that are going to provide a good fit for entrepreneurs and mentors.”

Actually listen to each other

Finding a good match is important, but Morle says this is only the beginning of an effective and productive mentoring relationship.

“Entrepreneurs need to find someone who can meet their skills gaps and truly listen to what they have to say. Mentors need to listen to and truly absorb what the entrepreneur says too, and not just spout smart answers that may not be true in that start-up’s situation,” Morle says.

Seek mentoring but make up your own mind

Despite and perhaps sometimes because of the power of mentoring, entrepreneurs can rely too much on external expert advice and not take the time to digest and apply the insights to their own business, says Morle.

“Take lots of inputs and then define your own strategy. What I see happen frequently in the start-up world, which is rich and full of mentors, is entrepreneurs change their mind because an expert guru gives them advice. The entrepreneur then pivots their whole business without absorbing those ideas, talking about them and implementing your own strategy based on those.”

While mentors are at their most useful when they can speak directly to the challenges their mentee presents, Morle says he has two tips that most entrepreneurs still don’t habitually do.

“The big one is focus. It’s the mantra of Pollenizer. People start off trying to go too big, too soon with a defused message and value,” Morle says.

“The other is to release as soon as you can. Validate your idea with a real customer to see if you’ve got a good one.”