Property market demand startup Next For Sale dreams of US success 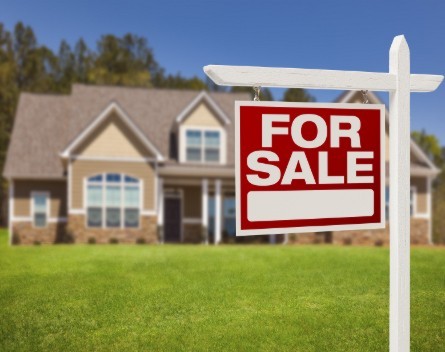 The startup allows homeowners to test the market demand for their properties, by connecting with buyers and lining up potential offers before they list their properties for sale.

Thanks to the win in the pitch event, the Next For Sale team will receive mentoring and coaching from event judges, including: startup executive and angel investor at F50 Mike Loftus; consultant at Launch Pad and co-founder of PowerGo Steve Austin; technology and business consultant and multi-board director Robert Blair; and founder and managing director of Breakthrough Venture Partners, Bernard Slade.

Co-founder Liam Austin says research shows once a homeowner decides to sell their property it takes six months before it hits the market and anyone knows about it.

“We want to allow people [to test market demand] right from the very beginning, as soon as they’ve decided,” he says.

Since launching in October last year, the startup – which is looking for a tech co-founder to join the team – has had over 500 homes listed on the site, which Austin says has exceeded expectations.

“We’ve got a lot of traction,” Austin says.

“Which is awesome considering 90% of our traffic comes from Sydney. And we’re doing about 50,000 uniques (pageviews) a month to the site.

“The amount of organic traffic and interest from homeowners who are looking for an alternative option who might be just thinking or trying to making a decision – is now the right time to sell? Is there an interested buyer for my property at the price I want to sell it for?

“We can give them that kind of feedback as well as help them to the end goal of getting a successful sale of their property by introducing them to the best real estate agents. Helping them sell privately if they want to, conveyancing, photography, the legal aspects, every part of it we can help them with introductions with the best players in that field.

“And as I said, 90% of that is coming from just one city, so we’re looking to expand to the rest of Australia over the period remaining this year, and also because we’re validating the concept here, we can now look to the US with this opportunity as well.”

But Austin admits the clock is ticking. He says US real estate portal Zillow, which purchased competitor Trulia for $3.5 billion, has recently signalled an intention to offer a similar service.

“But that only allows real estate agents at the moment to list properties that they’ve already signed a deal with the homeowner, and they’re just taking photographs and preparing the contracts or whatever,” Austin says.

“That’s the closest to what we’re doing, except we’re trying to give power to the consumer by connecting them with buyers and lining them up with offers before they actually put it on the market. As opposed to what Zillow is doing with only real estate agents and only in that two week period.”