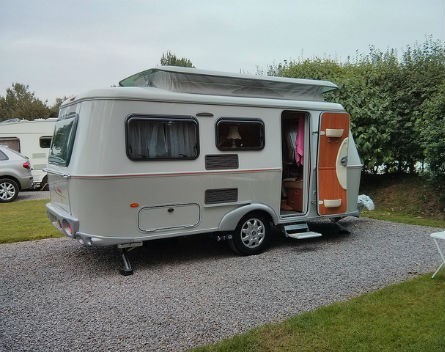 The company joins other collaborative consumption marketplaces owned by Qanda, including DriveMyCarRentals and Rentoid.

Qanda non-executive director Domenic Carosa says the Caramavan will be integrated into the overall business, particularly into DriveMyCarRentals.

Caramavan helps caravan owners make money from their caravans when they’re not in use by offering them for rent on an online marketplace.

Carosa says while Australia is yet to embrace the collaborative economy as fully as somewhere like the United States, all indications are its building momentum.

“I think we’re certainly catching up,” he says. “And the work we’re doing in this space is definitely assisting with that.

“I think it’s all about changing consumer behaviour. One of the catalysts for that is trust. The success of the collaborative consumption model with brands like Uber and Airbnb show exactly where the market is headed.”

Recently, Carosa’s Future Capital Development fund exited BlueChilli with a return of more than six times his initial investment. The fund was an original investor when BlueChilli launched in 2012.

In May, Carosa launched the Future Capital Bitcoin fund, which will invest in companies that are leveraging services based on bitcoin and other cryptocurrencies.

The fund is raising $30 million from investors and is accepting investment from around the globe.

“I suspect we’re not going to be ticking off any major investment until next year, just because we’ve been busy with other major projects.

“We’re still bullish on the whole sector, albeit consumer appetite in my view will increase over time, but like anything it has its ups and downs.

“I think the response from the ATO wasn’t as forward thinking as what the industry would have liked, unless it’s changed I can certainly see a lot more companies incorporating offshore.”